The Greater Des Moines Music Coalition’s Music University and Drake University’s Entrepreneurship Program present M. Shawn Crahan: On Living Your Dreams, Slipknot and Life. Shawn will share his experience with making your imagination into reality, the success of his work, and getting busy in life before it’s too late. He will also share many stories about his journey in the music industry. The free seminar will be held at Drake University’s Meredith Hall Room #101 on Tuesday, November 15 from 6-7pm. 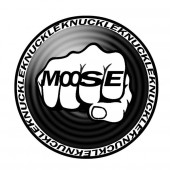 “Tell everybody to bring a towel,” says MooseKnuckle singer-keyboardist Nate Finestead regarding his band’s upcoming Little BIG Fest performance, Nov. 18 at Hotel Fort Des Moines. “And they might want to have an extra set of clothes, too, because they’re going to be wet from dancing.”

Join us for Music Saves December 4 at Badowers

Join the Greater Des Moines Music Coalition for Music Saves on Sunday, December 4, from 5 – 7 p.m. at Badowers before the Wilco show. Come network with DMMC members, musicians, industry professionals, volunteers and music fans to learn more about how the DMMC is inspiring a music revival and join the movement. DMMC members and non-members welcome to attend this free event.

Music Saves is our way of saying “thank you” to all of our members, music fans and community leaders for their continual support. This year’s event will feature ticket giveaways, raffles, free appetizers and drinks provided by Badowers, and much more. 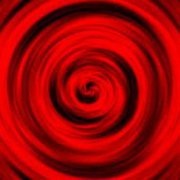 Watch bella soul’s Tina Haase Findlay onstage and you’ll forget all about the beer-enhanced conversation that seemed imminently important a moment ago. Brimming with talent, Haase Findlay takes the stage with big-city polish—think Aretha Franklin meets Ann and Nancy Wilson. Leveraging her soulful voice and powerful onstage presence, she makes an audience pretty much her plaything—which seems to suit everyone just fine by the time they’re joining the final lamenting chorus of Franklin’s “Chain of Fools” or shouting out the refrain of the Stones’ “Gimme Shelter.”

Andy Miller of The Big Wu is describing the vibe at his band’s shows to a Little BIG Fest newbie, and he’s definitely not overselling. “The first thing is that the band is very casual,” he says. “We don’t dress up in identical outfits. We’re not particularly good-looking. Nobody’s doing sit-ups in the band…”

On Wednesday night, October 19th, the Vaudeville Mews hosted Dax Riggs on his tour after the 2010 release of his second and most recent album, Say Goodnight to the World (Fat Possum Records). 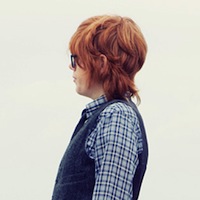 Brett Dennen has capitalized on the fact that he is weird. We all knew guys like him in our awkward teen years—the tall, red-headed kid with a funky voice. The class clown. The kid who never really fit in. Brett seems to know that he is this kid. But he has made himself so damn cool, you just HAVE to go to his concert, and you just HAVE to whoop, holler and jump around like your life depends on it. Brett Dennen is the weirdest, coolest guy I’ve seen on stage since I saw Andrew Volpe licking the neck of his guitar.

There is a certain level of time travel that has to be accepted with any Big Gigantic performance. The two-piece band and the laptop remind you that you are in 2011, an era where our musical horizons have been expanded beyond what many of us realized music can be. With a few keystrokes, beats are jack-hammered into our cortex at a speed and style that few accepted many years ago, but has now become almost mainstream. Big Gigantic will be at People’s on Oct. 19. Tickets are $15 at the door, and the show begins at 9 p.m.

Crossroads is the Upper Midwest’s only event to educate, connect and showcase the work of the entertainment industry in an effort to strengthen the infrastructure for the future. Musicians, artists, film makers, theatre professionals, food and beverage masters and industries that support creativity all come together at the Crossroads. Over 30 seminars, panels and keynotes are speaking around the theme “Challenge Drive Change.” A line-up of strong leaders from the Midwest community will share their expertise in Marketing, Music, Cultural Development, Theatre, Event Production and much more! Full Conference Pass $30 / $40 after November 1.

Little BIG Fest is organized by the volunteers of the non-profit Greater Des Moines Music Coalition and is supported by Prairie Meadows and KFMG.