HELP A CHILD EXPERIENCE THE POWER OF MUSIC

Your donations allow us to provide access to music education for students in need. Thanks to your generosity, more students will reach their full potential through the power of making music.

Scroll down to meet some of our students! 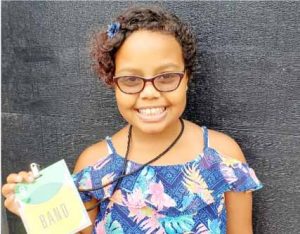 Jeanella is 12 years-old and grew up in Des Moines. She attends Harding Middle School and lives with her mom, brother, grandma, and two dogs. She has been a music fan as long as she remembers. “I listen to music at home, a lot of musical theatre,” says Jeanella. “The flow of music is my favorite, it puts me in a good mood.”

Jeanella’s mom, Kim, heard about the Hip-Hop Summer Music Camp offered by the Des Moines Music Coalition and signed her up. “I really liked the camp,” says Jeanella. “They gave me a chance to write music and perform on stage a lot, and I feel more confident about it. I want to be an actress when I grow up.” “This was the first thing Jeanella has ever done completely on her own, without friends she already knows,” says her mom, Kim. “The camps helped her open up and be creative. She is shy and quiet at first, but she loves performing and really thrives on stage.” 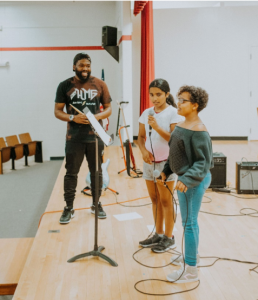 At camp, Jeanella wrote songs and learned how to make beats and rhymes as well as the history of Hip-Hop. She even got to perform her song, Beach, on the Gen Z stage at 80/35 with the band she formed at camp, The She-Shells. “I was nervous because it was my first time performing a song that I wrote,” says Jeanella, “but I had my friends with me, so it was easy.” The camps were taught by local musicians Dom Russell, Juliano Dock, Courtnei Caldwell, Michael Xayavong and Jordan Mayland.

“My favorite thing about the camps was meeting new friends and singing with them,” says Jeanella, who still talks to one of her camp friends regularly. In the 2020 Virtual Hip-Hop Summer Camp, Jeanella wrote a song called 2020, which gave her a healthy way to express herself during a difficult year:

“People are getting sick left and right–that’s just the first thing that’s on site. This year was supposed to have rewards, but COVID came and that went overboard…I know that the world is under attack, but just to remind you–this won’t last.”

Jeanella says she would recommend the camps to other kids because, “it was fun and you can make a bunch of new friends.” In the future, she sees herself staying involved with music and the arts through choir and theatre at school. 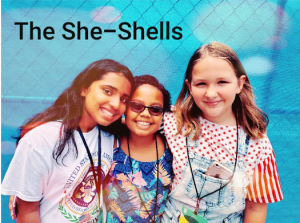 We couldn’t have said it better ourselves! Please consider a donation to DMMC to help us continue our Youth Music Education Program. Donations are all the more important this year as we try to recover from COVI9-19-related revenue reductions.