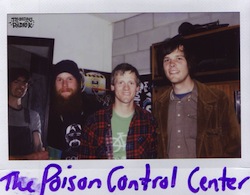 Music University: The Future of the Music Industry – December 15

The DMMC’s free music business education series, Music University will hold a panel on The Future of the Music Industry on Thursday, December 15 at 6pm at Ritual Café at 1301 Locust Street in Des Moines.

The music industry has shifted greatly over the past 10 years from how we discover music to how bands interact with fans to new business models to make money. Join us for a discussion about how the music industry in Des Moines and across the country has changed and where it’s headed. 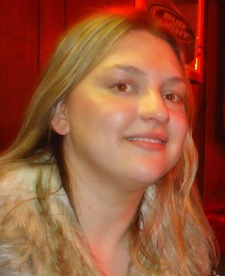 Last week we went behind the scenes with Patrick Tape Fleming of The Poison Control Center to get a glimpse of his favorite 80/35 memories and what being a member of the Greater Des Moines Music Coalition means to him. We’re excited to share another member spotlight with you this week, featuring DMMC member and Events and Festivals Committee volunteer, Cathy Vrentas.

Hometown: Grew up in PA, currently live in Ankeny

Have you ever wondered what it’s like to be a DMMC member? To celebrate our upcoming annual membership drive and event, Music Saves, on December 4 at Badowers, we’re going to feature a few of our DMMC members to give you a glimpse into their experiences and what being a DMMC member means to them. Up first is Patrick Tape Fleming of The Poison Control Center.

The Workshy, a five-piece band from Ames, will bring their blend of funk, fusion and jam sounds to the Hotel Fort Des Moines on Nov. 18 as part of Little Big Fest.

The group began playing together in 2008, and have since shared the stage with acts such as Radio Moscow, Euforquestra and Family Groove Company. Their influences range from Led Zeppelin and The Beatles to Bob Marley, Miles Davis and Santana.

Singer/songwriter Ruth Moody and her band will kick off the 2011-2012 Live at the Temple Concert Series on Nov. 17 at the Temple for the Performing Arts in Des Moines.

Moody is known for her vocals and multi-instrumental talents. She is a founding member of The Wailin’ Jennys – which has appeared on the Billboard charts – and has made more than a dozen appearances on “A Prairie Home Companion.”

Omega Dog are what people point to when they say they listen to jam band music. They are also a perfect example of why people would and should listen. They utilize the full spectrum of music. Modern pop, classic rock, reggae, old school R&B, classical, all styles seem to be represented to produce a medley of sonic purity but never once leaving behind their pop sensibility. This isn’t just a jam band or an excuse to screw around with instruments while people twirl in place. These are skilled musicians who make music for everyone. 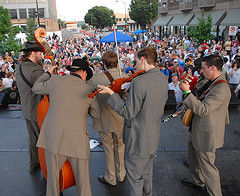 Iowa has always been a rural society. Its black soil and the folks who work it have long been its backbone and its greatest strength. Even as the Hawkeye State becomes more urban and more metropolitan, it is nice to be reminded of our rural strengths. It’s why we have the world’s best sweet corn. It’s why we can enjoy festivals devoted specifically to bacon. It’s why we have a band like Mr. Baber’s Neighbors.

Rebel Creek, a band known for it’s distinct fusion of psychedelic, bluesy jam rock, has been making quite the impression throughout Iowa—both because of their age and because of their rare talent.