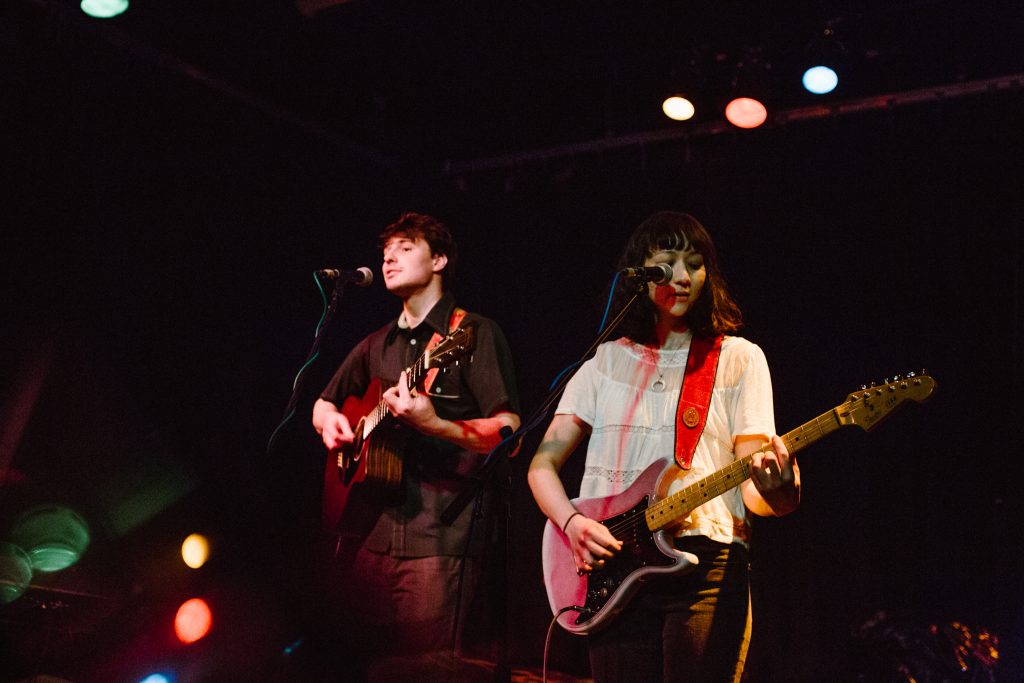 Groovy. Intimate. Loungey. And of course, neighborly. These are the words Pink Neighbor embodies in sound and vibe. Based in Grinnell, Iowa, multi-instrumentalists Katie In and Erik Jarvis have worked patiently on their songwriting crafts since their teenage years. The deft and diverse output of Pink Neighbor makes this apparent, as they draw from the American Songbook, vintage global-psychedelia, lounge and film scores, and anything that makes for a nice thread in their sonic quilt.

In advance of their performance at our 10th annual Backstage Ball fundraiser on March 8 at Noce, we asked them some questions for you to get to know them better. Be sure to give them a follow on Facebook, Twitter, Instagram and Spotify!

DMMC: What are each of your roles in the band?
PN: We both do everything… writing songs, managing social media, etc. It’s a true partnership. 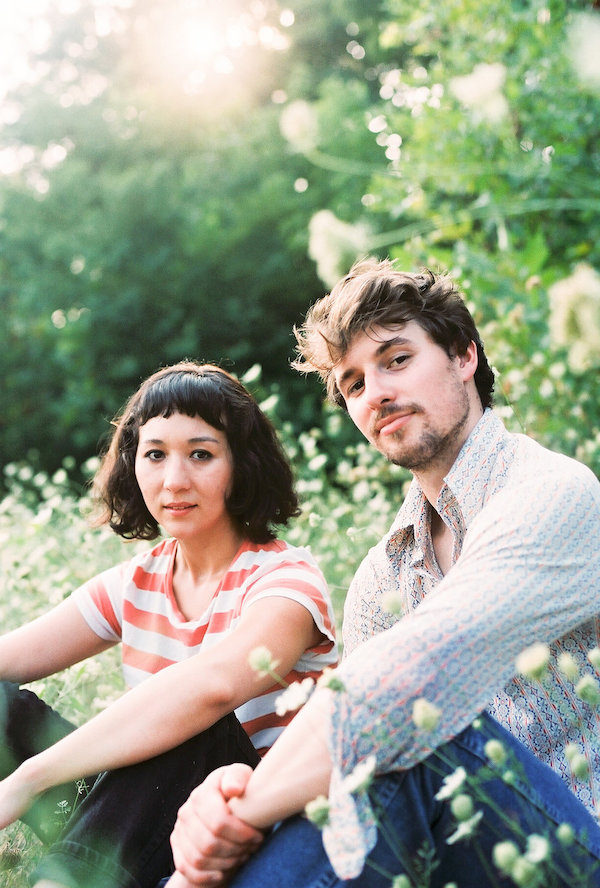 DMMC: What was the first song you wrote for Pink Neighbor?
PN: It’s called “Best That We Got” and it’s on our first EP. We wrote that one really fast when we had just moved back to Grinnell and were residents at the artist residency Grin City Collective (now defunct). We came up with a groove together, then Erik wrote the chorus lyrics and Katie wrote the verse lyrics.

DMMC: Tell us a bit about your writing process?
PN: Most of our material is written by the two of us, with most of a draft completed in one or two sittings. We do lots of lyric writing in the car. Living in Grinnell, it seems we’re always coming or going, so we get lots of hour-plus car rides. While not explicitly named as part of our process, “synesthesia” is very important to Pink Neighbor — how will this feel? what scene will play in listeners’ minds? Other helpful techniques for us are jamming to a drum machine and songwriting assignments (write a song that uses these chords with this groove).

DMMC: You’re both very talented musicians. How’d you get your starts?
PN: A big part of the Pink Neighbor DNA is our similar music backgrounds. We both took classical piano lessons as kids, but were also both raised on music that was popular when our parents were kids — folk and protest music, classic rock, psychedelia, 70s songwriters, etc. So when our rebellious spirits came out in junior high, we both turned to guitar. 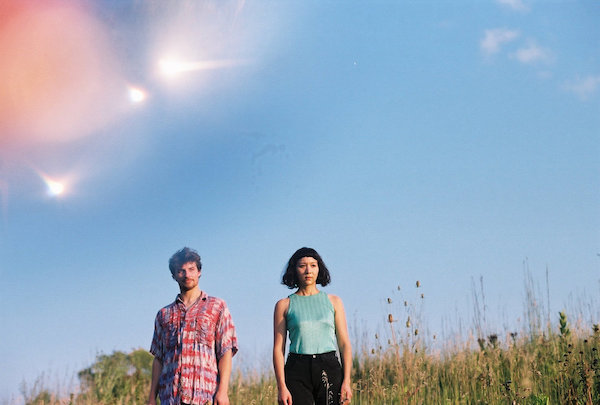 DMMC: What’s been the biggest moment in your career so far?
PN: Playing 80/35.

DMMC: How have you seen the music scene in Central Iowa/Des Moines change throughout your years of playing music?
PN: Hard for us to say, having grown up other places and not really being in DSM. But Iowa has always had really great music stuff going on (Daytrotter!). It seems like the number of artists taking themselves seriously and setting up national and regional tours is greater now than when we started paying attention to the local scene in 2013.

DMMC: What was your greatest takeaway from your experience participating in DMMC’s Music Fellowship pilot program?
PN: Big Picture: Demystifying the trajectory of garage band to successful business. Zoomed-in: Networking with DSM folks who were previously slightly out of reach due to our location outside the big metro areas. It felt like we were sort of welcomed into a bigger family, and in turn people have been more interested in Grinnell, and what arts / music stuff we’re involved with here.

DMMC: Tell us about one of your favorite live performances.
PN: Last summer we performed at Relish, our favorite restaurant. The business is run out of the owners’ house, and their outside patio has a gorgeous garden. We curated a big a block-party type vibe: setup an outside bar with drink specials (that we designed), bubble machine, water melon provided by our farmer friend… It was just great to invite our friends to be part of a vibe with us! We’ll be releasing a music video soon that has footage from that event.

DMMC: Who are some of your musical influences?
PN: Carole King, The Beatles, Motown (the number of hits generated by those 3 is astonishing…); space-age pop music, Duke Ellington, Beethoven, Julee Cruise (she’s from Iowa!), anyone that uses music to create community and fight oppression.

Pink Neighbor was a participant in the DMMC Music Fellowship program, a career-focused education initiative that offers local musicians rigorous training and mentorship across all facets of the music industry.