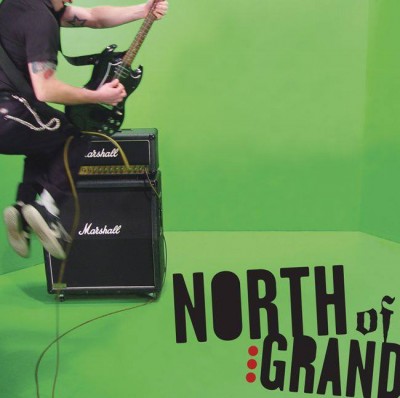 North of Grand plays GDP on April 12th. Click here to buy passes to GDP before March 28th and save 50%!

It’s never a dull moment with the North of Grand guys. When I spoke to them about the fact I was creating their write up for their GDP show – it was a nonstop 10 minute text fest. It included random memories, beer, and armadillos.

The guys from NOG – Sean Wilson, Pat Curtis, Dan Ketelsen and Matt Wellendorf – have been playing shows in the metro since 2003 and have recorded five albums. They have toured all over the Midwest and have worked with the likes of Chris Cosgrove and John Svec. Their name comes from the working class neighborhood just north of grand and their fan base is made up of a solid, hardworking crew.

Watching a performance by these guys you will remember the hard, driving guitar licks, memorable lyrics and craziness that can only be found with North of Grand.

If you like what you see at GDP, they will be dropping a new 7” on April 19th at the Gaslamp!