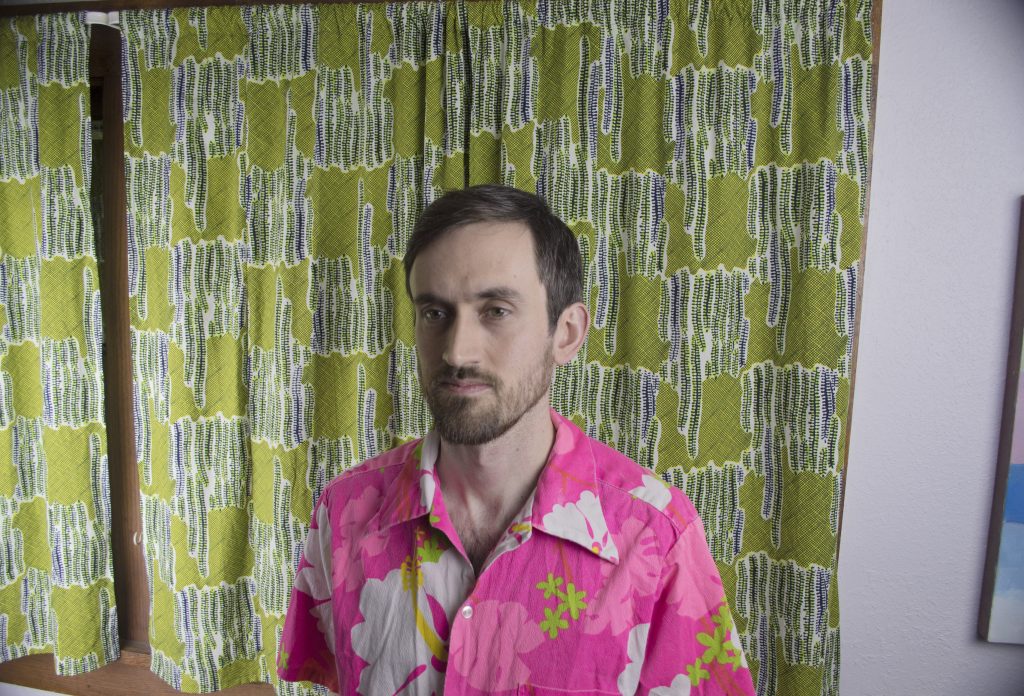 It’s been a loud month for the otherwise quiet and soft-spoken Derek Muse Lambert. Following a release show for his new cassette, Songs from the Guest Room, early this month, Muse Lambert will also be making a rare solo appearance at this year’s Gross Domestic Product music festival.

Muse Lambert’s brand of rust-covered folk ditties ring with the buried truths of flipping through old memories with the hindsight of closure. The new album is a collection of (mostly) solo songs that jingle and jangle and rattle along down the dirt road.

It’s like hearing your grandfather’s raspy voice, feeling your father’s hand on your shoulder, and seeing the world anew through the experiences of your little brother, all at the same time. Catch these timeless tunes on the 4th Street Theatre stage at 5:15.