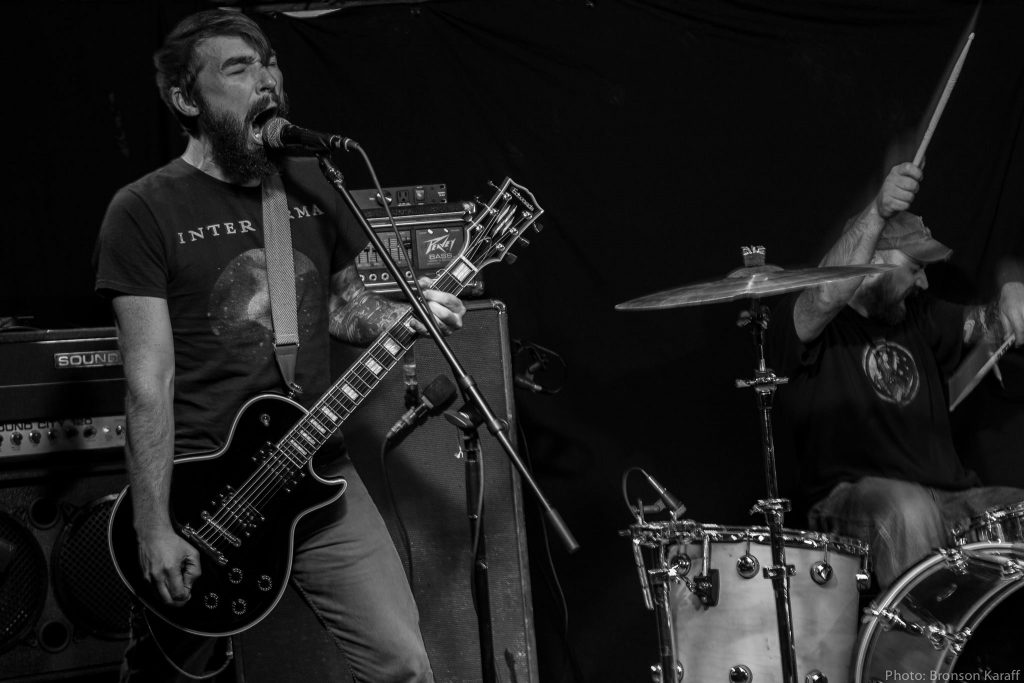 Iowa has a long-standing tradition of all things heavy in music. As metal continued to tighten its stranglehold on the musical output of our state over the past few years, many began stretching the genre in different directions. We’ve seen the resurgence of punk and hardcore scenes in cities like Cedar Falls and Iowa City, and pockets of experimental and noise music throughout the state have seen unprecedented growth and support over the last decade.

Through it all, Aseethe has remained a heavy-hitter, pushing the envelope for experimentation in the genre with every release. From the band’s roots in grunge and nu-metal, the band continued to thicken their sound with elements of ambient and drone music, oftentimes utilizing synthesizers and samples to further separate their music from the rest of the metal pack. In that regard, their long-form tracks tend to resemble movements rather than traditional song structures.

Considering the band’s long history of pushing genre boundaries, it’s no surprise to hear that their newest album, Hopes of Failure, was picked up by Chicago’s excellent, genre-spanning label, Thrill Jockey. Following a midwest tour in support of the release, the Iowa City trio will return to play this year’s Gross Domestic Product festival. Throw your earplugs away and prepare for an Aseethe-an sonic assault on the Vaudeville Mews stage at 8:00.