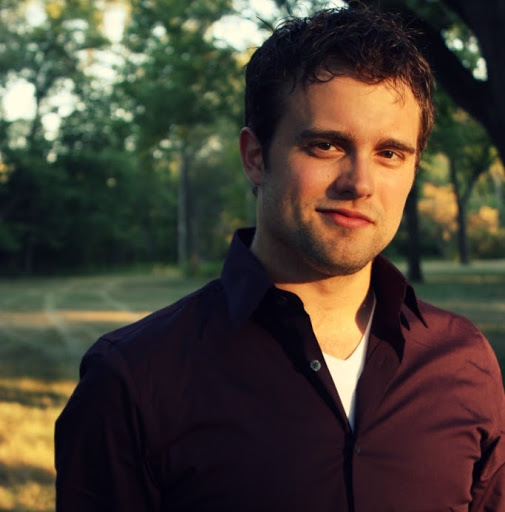 What turned you on to music at such a young age? Why the violin? Who or what were your early passions and influencers?

Robert Espe: To be fair, I didn’t actually have a choice to begin studying violin. I was, what they called at the time, an “alert, active child”, and I think my parents were simply looking for ways to channel that energy. They did claim I forced them to watch an entire part of the Ring cycle on PBS by crying every time they changed the channel and, when they took me to a Suzuki recital, I pointed at one of the students and said “I want to do that”. Of course, I don’t remember any of this, and I have to rely on my parents’ account of everything.

I never thought of myself as a musician until maybe high school. Until then, it was simply one of many activities in which I participated, like reading or sports, albeit one in which I happened to be particularly strong and which set me apart from my peers. My earliest influences were simply my excellent teachers, the occasional guest artist through the band program at school, and students from rival schools at band/jazz contests and All-State auditions. And my father – he was an amateur saxophonist himself, and had a brief stint with a band in college that toured Iowa for a while. He loved Desmond/Brubeck and Getz/Gilberto in particular, and he’s the reason I play saxophone today. He passed away just over 10 years ago, and I still use his tenor as my workhorse to keep him in my memory (and because it’s a great horn).

RE: It depends on the gig – I try to honor the style I’m playing. If it’s pop or rock, I aim for concise melodies and riffs that are rhythmically tight and not too harmonically adventurous, with an accessible emotional arc. If I’m playing a jazz gig, I’ll be a little more reckless, play outside the changes a bit more, embrace my whims – but again, it depends on the room. For classical or ensemble playing, I tend to spend a little more pre-performance work on phrasing, articulation, and timbre. In general, my style is a bit on the raw side, not terribly constrained, and I kind of like it that way, but as I mature, I find myself focusing on intent more than I used to. It’ll be a lifelong struggle.

RE: Anything that gets the booty shaking. Funk, latin, pop – I’m happiest when the crowd is dancing, or at least moving a body part or two.

RE: Making sure everyone on the gig has the correct date, time, and location! Again, it depends on the gig. A lot of gigs at this point require simply showing up in the right clothes, with the right music, and with a working instrument. Others require several weeks prep, like symphony gigs that have unfamiliar repertoire – reading the score while listening to recordings, settling on ideal fingerings, setting tempi, understanding phrases. But a lot of work is simply the fundamental maintenance all musicians have to do and have already done by this point.

RE: Yes. Another question altogether is whether it’ll be heard by anyone. I have yet to make the necessary room in my life – schedule-wise or spiritually. Tons of ideas, not much structure. Frustrating.

RE: From a professional perspective, the principles remain the same – show up sober, on time, and with the music learned. Everyone has a role, so make sure you know yours. With a symphony, admittedly, everything you play is right in front of you and there’s no negotiation or improvisation – the person with the baton has the final say. With a band, though, the horns are always improvising backup lines on the spot, solo sections get expanded or contracted, transitions vary from show to show, and you get to dance around and hype the crowd as you play. The energy is far more interactive between a band and an audience, as you get instant feedback.  But there’s no three-hour setup and two-hour teardown with the symphony to deal with, so it evens out.

RE: I could say my solo project, but at this point, who the hell knows? Sure, okay, look out for my solo project, just so you don’t stub your toe on it. At the very least, I’ll still be gobbling up wedding and jazz gigs – you’ll be able to see me regularly at Noce, The Lift, and your community church. My choro band might do something cool soon, but the guitarist and pandeiro player are having a baby and opening a new wine shop at the same time, so they’ll probably be a little busy.