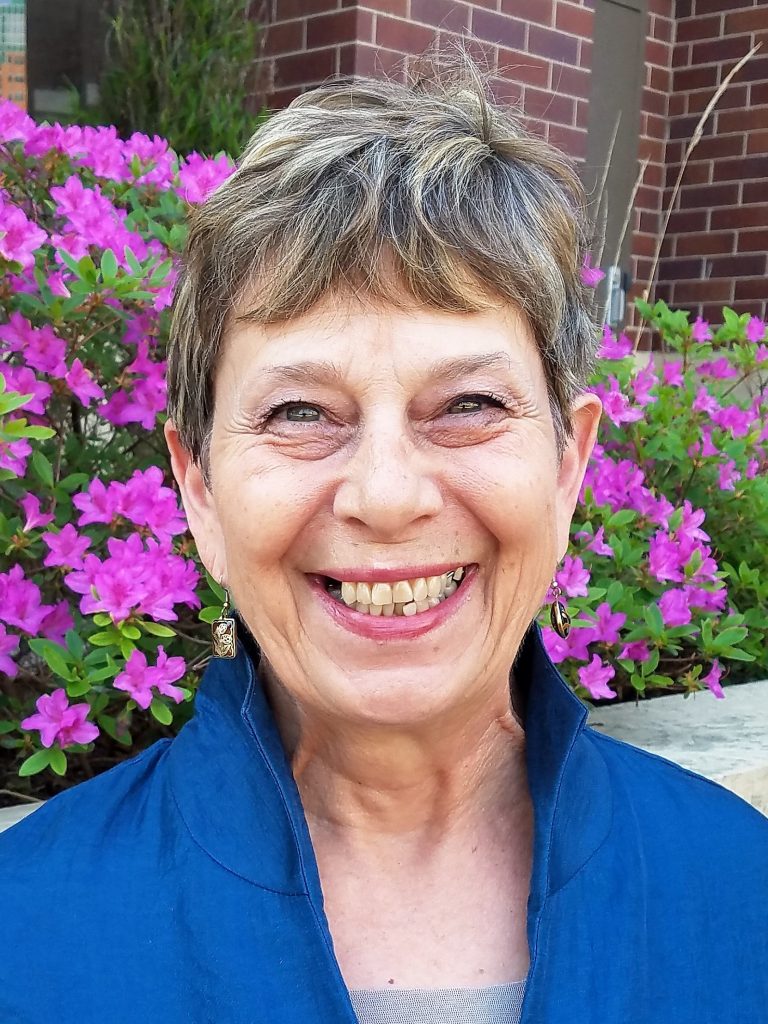 For more than a decade, Margi Weiss has worked as a consultant for the DMMC, providing her personal experiences and insight into benefiting the expansion of our music community. Over the years she has focused on educating the public, from childhood to adulthood, about the positive impacts arts can have on a community. We are so thankful for her contributions. Join us in celebrating Weiss at the 10th Annual Backstage Ball on March 8th.

DMMC: How did you become involved with the Greater Des Moines Music Coalition? How did that shape and affect you personally and within the community?
MW: Loyd Ogle, the DMMC Board President at the time, knew that they needed assistance with all aspects of development for the organization. He reached out to me because he knew that I had done a lot of fundraising for non-profits and political campaigns. He also knew that Mike, my husband, and I were music lovers and arts supporters and felt that I would be a great fit for the organization. I requested to meet the board to get a sense of their commitment. I remember asking them, “why would you want to work with a little old lady?” The answer: “because you know all the people we don’t!” My work for the DMMC has been a labor of love. I really enjoyed being a part of the DMMC and sincerely appreciated the opportunity to be engaged in community building through my work for the organization.

DMMC: Do you think the arts community in Des Moines, and across greater central Iowa, is stronger now than when the organization was founded in 2005?
MW: The music community has grown exponentially over the last 14 years. It has changed so much since I moved here in 2000. It was hard to find live music that I enjoyed. There were fewer art galleries. The “so-called” arts and culture scene was very traditional during the early 2000’s. While DSM had a world class art center and symphony and other cultural institutions, I felt it lacked innovation and creativity. From my perspective it was a bit of a cultural desert in terms of contemporary forms of art. It was nearly impossible to find arts and music event on the weekends. Now there’s a wealth of options. We have to actually get to choose what show, event, festival, or opening we want to attend nearly any night of the week.

DMMC: You’ve helped elevate the DMMC and the local music community through your years of fundraising, advocacy, and educating the public on the importance of music education. In doing all this, what do you think has been the biggest challenge?
MW: Educating people, helping people see the potential of a creative economy. It took a while for people to see that murals on a bridge wall were cool and that those murals would attract creative people to our city. It’s all part of a culture. It isn’t just the murals. It isn’t just a bunch of crazy hippies deciding they’re going to have a music festival in the middle of downtown. Who would do that and why?

DMMC: Tell me how difficult that must have been trying to raise money for these concepts that were considered wild in the eyes of traditionalists?
MW: There was a group of forward-looking, creative thinkers in Iowa, particularly in central Iowa during the early-mid 2000’s, who were working very hard to revitalize the economic base here. They were working to revitalize the central Iowa economy and they knew that they would not be able to develop a forward looking, innovative economy without an educated workforce and a workforce with the skills that would be required in the next decade. They also knew that they wouldn’t attract that work force without a creative economy, without culture, without contemporary culture such as live music and a creative and innovative art scene. I don’t know how many galleries existed in Des Moines in 2000, but I know there are a lot more here now!
The idea of murals on city bridges and walls would horrify someone at the time. That just wasn’t our way of thinking. But in this group of people was David Hurd, a creative thinker and community leader. He and other like-minded individuals began working to attract the elements of a creative economy. He was a visionary, there were others like him, but he was the one who became such a strong advocate for the Music Coalition. Without him and his leadership we would not have received the seed money that it took to found 80/35. He knew that kind of festival was the sort of kick start the City needed but a lot of people couldn’t see that…yet.

DMMC: GDP, Little Big Fest, and 80/35 have hosted some incredible acts. Do you have any stories about who you’ve seen over the years?
MW: Well that’s a no brainer for me. My favorite memory is an 80/35 story from 2015. I took my 14 year old grandson on stage to watch Run The Jewels. I felt like the coolest grandmother in the world!

DMMC: What do you think inspires people to want to give up their time to make events, like 80/35, happen?
MW: I think that is very much a Midwestern thing. Like farming, it takes a lot of people to come together to help make something happen. And I think a lot of people think it’s a cool thing to be involved in.

DMMC: What are some of your proudest accomplishments regarding the work you’ve done for the DMMC and the local and arts and music community?
MW: Seeing the difference in the community’s attitude and their acceptance of events such as 80/35. I love watching the kids in the youth programs and seeing the next generation engaging with music. I hope that the kids in the summer camps and after school programs are getting a sense of music and understanding of it, regardless of what is popular now or what will be in 10 years from now. They may be on the stage someday and we’ll know we planted that seed. Or maybe they’ll go on to be doctors or lawyers, but they’ll always be music fans.