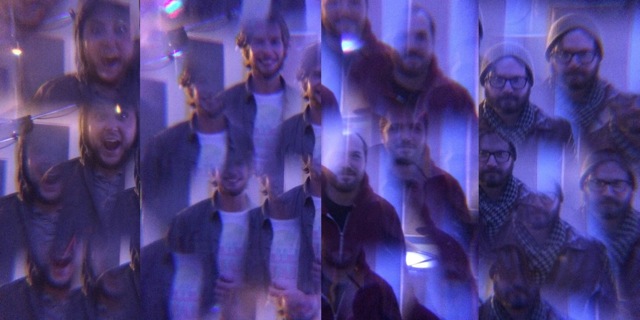 When TIRES began rolling a few years ago, Des Moines had yet to hear anything quite like it. The band’s electronic barrage turned an otherwise content rock music scene on its head, filtering Des Moines’ history with the genre through walls of cascading synths, plugged-in psychedelia, and contemporary Krautrock.

And that’s just to comment on the music. As is the case with the increasingly tech-savvy collection of electronic musicians in this city, the band’s live show is crafted with the same maximalist attention to detail. The result is a kaleidoscopic experience of wired ecstasy that hits with the force of a knockout blow.

Following the recording of their debut full-length earlier this year, TIRES are set for a 2016 hat trick: an album release, an 80-35 appearance, and, of course, a set at this year’s Gross Domestic Product. Witness it for yourself on the Wooly’s stage at 8 PM.

By Trey Reis of DSM Shows

To learn more about Tires, check out their Facebook page.