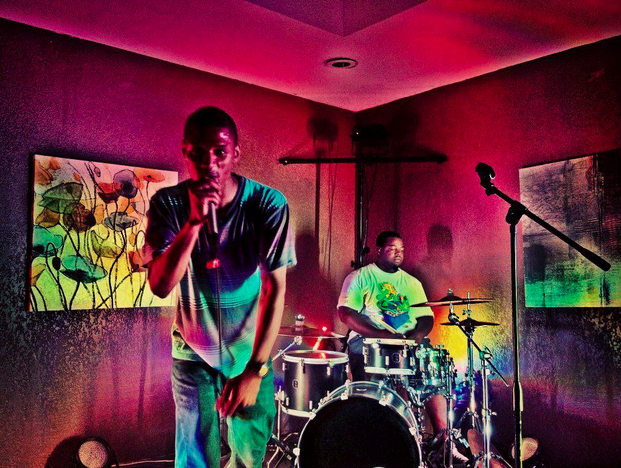 Kris Adams is a transplant from Austin whose artistic style is ever changing.  He has a poetic rhyme to his lyrics with a flow and message that is both powerful and personal.  His self titled album, “Kris Adams” is a mix of killer beats and passionate lyrics intermixed with a poetic flow of words.

I have a somewhat love/hate relationship with rap.  When it comes to the beats – I’m totally down, but the lyrics of some artists have turned me off to the genre.  However, Kris Adams is one artist that I have enjoyed getting to know.  His lyrics are thoughtful and positive.  He is a big supporter of the local art/music scene in Des Moines and says that he’s “strongly influenced by self expression”.

Adams has another album that has yet to be released because he’s a self proclaimed perfectionist.  “I tend to be a perfectionist when it comes to music creation therefore if I ain’t diggin it… you ain’t hearing it.”  Kris Adams -his lyrics are powerful, his beats are killer and his style is unique.

This article was written by DMMC volunteer contributor Jill Dykstra, whose enthusiasm for Iowa music is both remarkable and infectious.