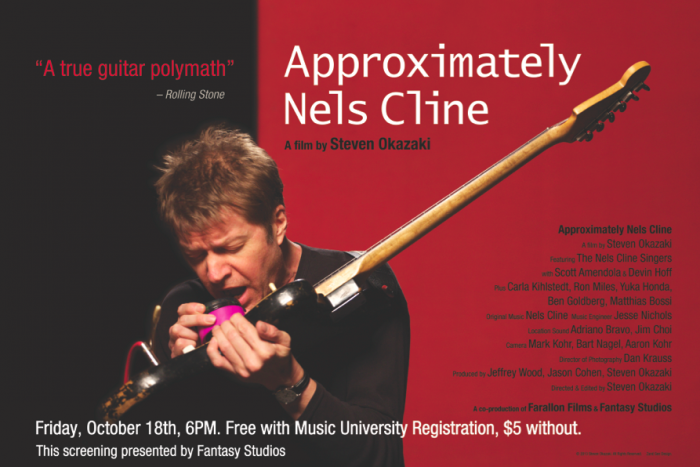 You can see the film at Varsity Theatre on October 18th at 6pm for free with registration to Music University (Oct. 19), at which Nels Cline will deliver the keynote address. Register for Music University here. Without registration, tickets to the screening will be available at the door for $5. Immediately following the documentary, be sure to attend the “Plug-In” kickoff party (free at Turner Jazz Center, Drake University – REGISTER HERE) featuring music from Iowa’s own Parranderos Latin Combo, presented in collaboration with Midwestix.

Check out the trailer for Approximately Nels Cline: