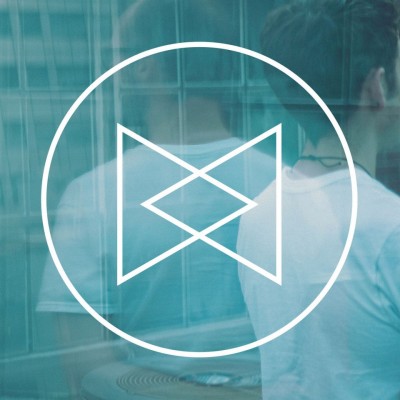 Conceptually, MAIDS is one of those projects that sounds like it may be so off-kilter that there’s no way it could work.  You take Danny Heggen from Seedlings, a gentle, folkish act, and throw him in a blender with Mickey Davis (aka Is Home Is), an electronic producer and composer of mostly instrumental works.  Both artists have put out great releases in their regular acts, but together?  Fortunately enough, like chocolate and peanut butter, it ends up being a case of two great tastes going together.

It’s not too big of a surprise that Davis has created strong backing tracks – his downtempo beats and synth flourishes are reliably magnificent.  Hearing Heggen take more of an isolated vocal role, however, is a rewarding revelation – his voice is warm and welcoming at times (the track “June” is a good example), and heartbreaking at other times (the closer “Playing Along”).  And somehow, the melodies and arrangements all seem to complement each other in the best possible ways, shining together and never getting in each others’ ways.

The standout tracks are the opener, “Seashell,” which establishes the mood of the 5-song EP, and “This Will be Our Year,” which sounds like it has a Japanese Kyoto running through it over a strong beat that slowly evaporates over time, while Heggen sings about how things are going to get better in a relationship after “it took a long time.”

The project succeeds most during moments like that, where the moods gently pull at each other, without overdoing it.

This review was written by volunteer contributor Bryon Dudley. Want to write for this website? Contact us!