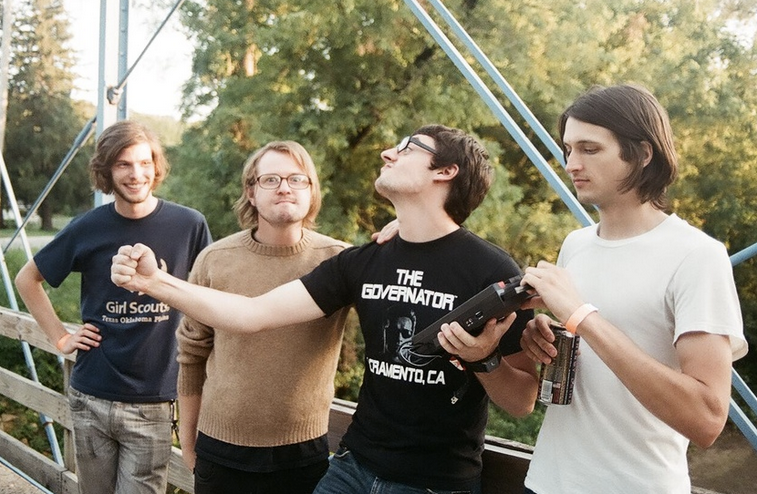 When they first come out, they don’t seem like much. The Wheelers actually look like a bunch of twentysomething slackers who should be looking for a real job! But then, they start playing! The lead singer yells into the microphone. His eyes bulging out straight ahead. But then his body twists and turns, his head following his body, so he’s then singing into the microphone. First his left side, then his right. All the time, jamming on his guitar, his knees bending in all sorts of quirky ways.

The best word to describe this hard rocking, alternative band is intense. The Wheelers music pierces you, jabbing deep inside. Again and again. But it’s not painful, but rather exciting, thrilling! A bit of psychedelia sneaking through all that noise.

The Wheelers are just a standard rock band line up of two guitarists, a bassist, and a drummer. Somehow though, their sound is much fuller than that. If fills the room and overwhelms you. Their grooves and melodies get into your heads and legs, making you bop and dance along with the pounding, blasting music. Somehow, in this forceful sound, some really catchy grooves and melodies ride through the storm.

By the time, the band finishes, usually with a lot of splash and feedback, you feel tired and exhausted. But that’s a good thing, like after a long walk or good workout. And you might find yourself humming or singing one or two of their melodies.

Get your $15 passes (these are limited and close to being all gone!) to see 19 Iowa bands, featuring House of Large Sizes, The Wheelers, and more, by clicking right here.

Check out The Wheelers:

This article was written by DMMC volunteer Dan Wren.