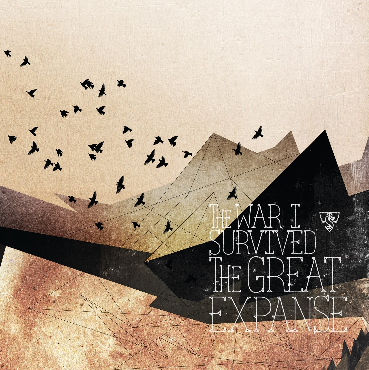 The War I Survived is the culmination of experiences shared by four Mid-westerners. Within a wide spectrum of influences, and many years to refine their elements, they’ve achieved a sound that started in young minds. Guitarist, Nik Sorak, brought together the band in 2010, joining forces with old friends and prior band mates, Cole Rutledge on bass, and Jason Bolinger on drums. With the release of their first full length album “The Tank” in October 2011, they reached out to the Midwest, touring the region and sharing their incendiary live show with the small town masses. With a new year, came a new band member. Nalani Proctor joined as lead vocalist in late 2012, bringing a female melodic twist to their hard rock basis.“The Great Expanse”, the band’s sophomore full length album. The album showcases screaming lead guitar riffs, beautiful melody lines, and a gang of friends to lend their voices. The album title attests to the new horizons the band has reached thus far in their short time together.

Check out the band and their album at thewarisurvived.com.