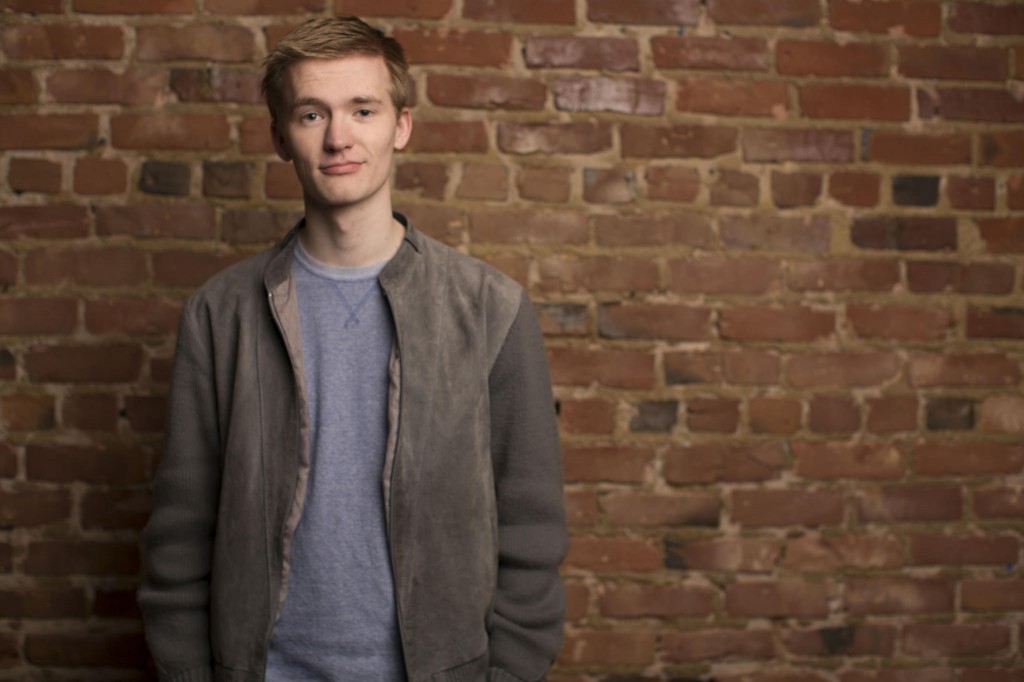 Chance Solem-Pfeifer is wearing many hats at this year’s Music University. As an editor for Hear Nebraska, a nonprofit organization that supports and enriches Nebraska’s music and arts community, he’s a journalist. He’s also a musician, with his first album set to come out this winter. And at Music University 2014, he’s both a panelist for the community forum titled “How Nonprofits Can Support Independent Musicians in the New Industry,” and an attendee. Solem-Pfeifer took a few minutes out of his crazy schedule to talk journalism, music, and his plans for the forum. Here’s what he had to say.

On working at Hear Nebraska:

“It’s a really unique voice in the community. They’re telling artists’ stories in a more analytical and in depth way than other media outlets could. As managing editor I’m pretty much in charge of all the content that comes across the website. I still write and produce audio pieces, but I’m also in charge of our interns and staff writers, assigning and editing things. I do social media for Hear Nebraska, as well.”

“I write and perform music as Little Marais. … It’s actually the name of a little town up on the Lake Superior shore in Minnesota. I was traveling there when I decided I wanted to do the project. I’ve been doing it for about three years now… I sing and play acoustic guitar… I just tracked the last song of the debut album yesterday. So that will probably be out in the winter…I don’t have a name for the album yet.”

On getting involved with Music University:

“Last October [program manager Christopher Ford] invited us to attend [Music University] and go to a couple workshop sessions. We liked it a lot. He emailed back about being on a panel that would discuss community-related nonprofit music journalism, which is what we do. A lot of the things that people talked about last year were really relevant discussions that [Hear Nebraska] carried the next year, like ‘When should a band have a publicist?’ and ‘When do you tour?’ So we’re pretty eager to come back and talk about how those discussions have played themselves out in Nebraska’s music community.

On being a panelist:

“We’re on a panel that’s going to talk about what community nonprofits can do for music scenes. … I think we’ll be talking to people interested in starting similar nonprofits, but also musicians who’ll want to know how to ask for coverage or what type of coverage to ask for. We’ll probably talk about our take on community-oriented nonprofit journalism, like ‘How do you write reviews and stories when your organization is supposed to be inherently supportive?’ and ‘How do you navigate the waters between being an inherently promotional organization and also being a fair voice that people respect?’ That one comes up a lot.

On being an attendee:

“Last year it was cool to hear musicians who started out DIY share their war stories. This year, I do have a record on the way and there are several panels that have segments to them that are like, ‘OK, now you have a record, so what are you going to do with it?’ I’ll be listening extra close to those sorts of people this time around. I think you want to figure out, as someone who takes music seriously, but doesn’t have illusions about making it—whatever that is—what the best route for you is. And I think a lot of people there are kind of in that same boat.”