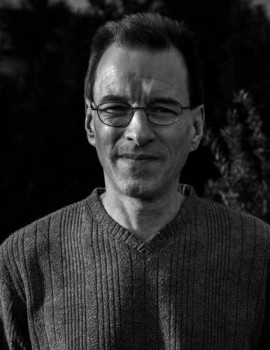 This year at Backstage Ball, to be held at The Gramercy Events Space at The Kirkwood in downtown Des Moines on Friday, February 28th, we will be honoring a number of individuals who have made a positive impact on the Greater Des Moines music community in the last year. In the weeks leading up to the event, we want to tell you about each of them.

Today we’re featuring the recipient of our Music Fan of the Year Award, Andrew Smith.

First, an appeal for why our music fans matter, written by local musician Dylan Boyle:

“Many of us in the Central Iowa music community often discuss what creates a thriving local music and art scene. We debate the practices of different groups, promoters or venues, and commend those who we feel have an active presence in local culture. But, in my opinion, it is not the musicians, artists, promoters, venue owners, bloggers and self-proclaimed critics, or young professionals seeking community involvement.

Any musician or artist without a doubt will tip their hats to the aforementioned, and greatly appreciates performing to other musicians and artists. However, a cycle of only playing for the players creates a limited and closed scene, as if Zarathustra proclaimed, “God is Dead” to no one but himself. No, the individuals that genuinely allow a cultural scene to radiate are those that attend for no other motive than a love of the arts.

Although they rarely, if ever, appear in the cultural tabloids of Central Iowa, they are a mainstay of the local music community and are easily seen at multiple events on a nightly basis. No, they are not musicians, but they are all a reason why any scene exists. They are, as fans, the reason we do what we do.

Many people have seen Andrew Smith at local shows, yet few would notice him. Andrew is a very shy and reserved music lover from Ames who has literally seen everyone from The Rolling Stones to open mic-first-timers, and he loves every minute of it. I don’t have any factual evidence to back this next claim, but I believe Andrew might hold some type of record for winning tickets to concerts. Live entertainment is his passion – and Andrew has been to more shows than most will ever see in a lifetime – and has great stories from each one.”

Fred Love, of The Colt Walkers, would agree. “If you want to have a wild conversation, ask Andrew Smith about the five best shows he’s ever attended. He’s seen everyone live — from local mainstays to rock legends. And he’s always a positive and appreciative listener. Every local scene should have someone like Andrew. Central Iowa is lucky to have him.”

It is his commitment born from a love and passion that should stand as examples for all local music lovers. The Greater Des Moines Music Coalition would like to congratulate Andrew with this award, and thank him for his commitment to the culture of Greater Des Moines because we firmly believe that our work and the work of our local artists, volunteers, donors, and business supporters would be worth nothing if it weren’t for the fans.