But, as I was writing these songs, I noticed there was a recurring theme, and what was on my mind and kind of going on in my life in a way personally is the idea that all people, regardless of who they are, whether it’s a murderer, or a rapist, or a racist, or a terrorist, or Rush Limbaugh or whatever, how could they do that? They’re so ridiculous, so insane, and even people who are way less offensive but have things about them that just seem wrong somehow, who are who they are because of things out of their control, the way they were raised, or the things they were taught, or what they read that’s deeply affected them, it made me think that none of us have that much control over the kind of person we end up being.

And I really feel like none of us have that much control over the kind of person we end up being, and, if I’m a good person, I feel really lucky that I ended up being a good person, is more the way I look at it. 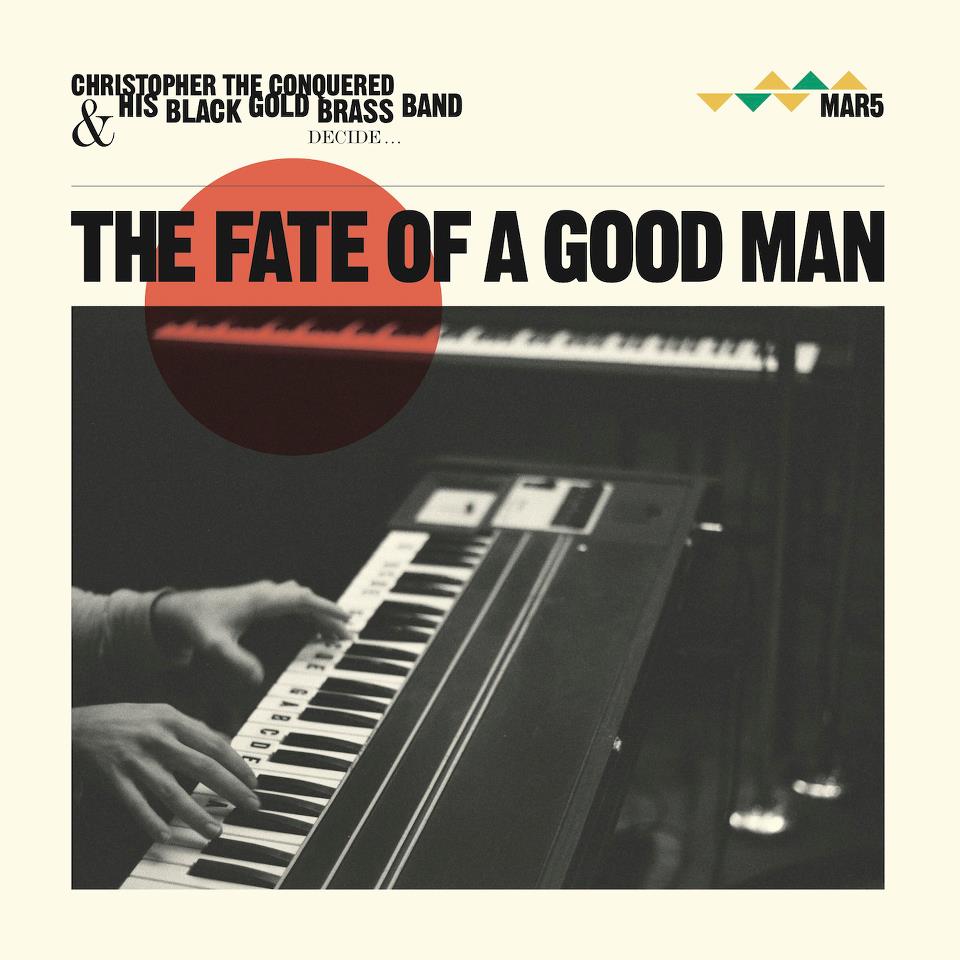 Chris Ford: Some people have the odds stacked way against them a lot more. So I was thinking, for people who are fortunate enough to sort of be good people, educated and whatnot, to consider that idea, and to be more understanding, and peaceful minded, towards people who seem ignorant or stupid to them, instead of hating or whatever, because we’re all on the line of being psychos, basically… (laughs)

And no one intends to be bad – even the worst people in history never intended to be bad. We all intend to be good, and have what we think are good motives, so when I think of “The Fate of a Good Man,” we all are good people, or want to be, but we have our fates that end up being who we are.

DMMC: Are there characters on the album?

Chris Ford: Sort of. There are, but they’re all kind of aspects of me, and the places I’ve been in my own life. The most obvious character is the narrator in the song, “The Fate of a Good Man,” who is this truck driving, fast food-eating, Wal-Mart shopping, brown people-hating person that only has good intentions, and that’s just who he is. At the end of the song he makes these offensive remarks, “My skin is white as snow, I only love women (I’m not gay, basically), and Jesus H.W. Bush knows that I’m not a towel- headed Iraqi, so why does everyone hate me?” And those are the reasons why, right, the things you just said? So, addressing the reality of being a person.

DMMC: That’s a very humanistic approach, that we all start out being basically good. 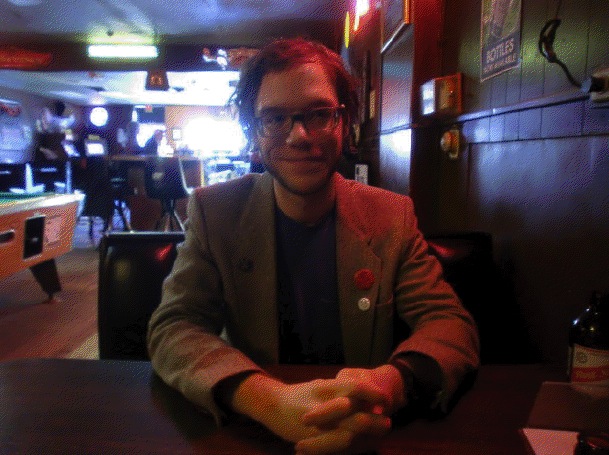 Chris Ford: Yeah, I’m definitely a humanist. The reason it was on my mind is that, a few years ago, I was thinking I was this sort of enlightened, educated individual. I grew up in a very Pentecostal, religious, speaking-in-tongues background, and, as I exposed myself to the world, I pulled very far back from that, and I felt like I was educated and, for a while there, was very anti-religion as a backlash. But after that, I’ve had experiences that have led me to a much deeper respect for people who are religious, and understanding the fact that they are like that for very specific reasons, and I have no right to judge them in any way for that.

The song “Let Us Not Confuse Our Thoughts with Our Beliefs” is directly about that. I’m exploring the idea that people who believe something, the reality is that they think they believe in something, but what I say I believe in may not be what I actually believe in, because that’s reflected in what I put my passion and energy into, and what I end up spending my time doing. So it’s calling this out, not in a judgmental way, just saying, “let’s all look inward at ourselves and stop thinking about what we believe, and just look at what we believe.” Look at the things you’ve done the last ten years of your life, write it down, and that’s what you believe, you know?

DMMC: You mentioned how you grew up – was your family musical?

Chris Ford: My dad was into it. He’s a great jazz guitar player. He went back to college later in life, when I was a teenager, and became a successful businessman. He took this history of jazz class at Grand View, and I audited it when I was in eighth grade. He got me really into jazz, took me to Kansas City to see live jazz, and was really into Wes Montgomery, John Pizzarelli, all that jazz guitar player stuff. Even now my dad gigs out at coffee shops, and is a really good guitar player. When we were on tour with Leslie and the Lys, he came up and played a solo with us on guitar, which was great.

DMMC: Speaking of touring, are you going to tour behind the new album? 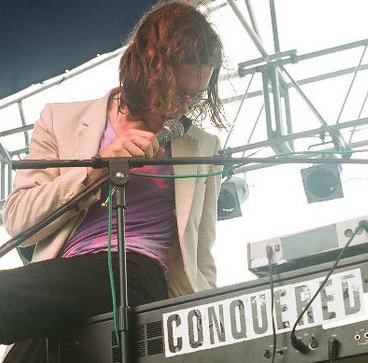 Chris Ford: Booking is hard for me. I’m doing a lot of promo right now, but I’m working on it. Not a tour, but I want to play as much as possible this year, Omaha, Minneapolis, even Chicago, that kind of thing. The band is big, so it works better for us in a setting where people are there to specifically listen to music. My approach is to build up the press and let it lead to the shows.

DMMC: You have a release show at the Maintenance Shop. Are you planning any more release shows?

Chris Ford: Yeah, the M Shop, on April 13th, then we’re headlining Gross Domestic Product, which is the Des Moines release, and Mumford’s is playing that, too, which is going to be sweet. Then we’re doing Mission Creek, opening for Leslie Hall and Kimya Dawson, and then the next day we’re doing Java Blend, talking about the record and interacting directly with Iowa City fans, and two listening parties, which are free, one at Vinyl Cafe in Ames on April 16th, and Lesbian Poetry is going to play some songs, and the other at Badowers, a men’s store in Des Moines that’s been wanting to get more into the local music scene, and they’re going to have hors d’oeuvres and things like that, more of a fancy listening party (laughs).

After that, in May, we have another Daytrotter session, and then a show at the Sondheim Center in Fairfield, which I’m excited about, it’s this big place that does musicals and stuff there, and that Peacetown USA, the David Lynch Foundation thing, they’re sponsoring it, doing a big thing in Fairfield for it.

DMMC: Where do you see Christopher the Conquered in five years?

Chris Ford: Definitely still in existence. One thing about the band is that it’s like my ongoing autobiographical project. While I hope all the musicians involved stay with me, because they’re all really good, and we have chemistry, and I’m really lucky, if everyone left, I’d still do something. As long as I’m making music and care about promoting it, I’d still put things out under this name. You can look at my discography and know about me, ideally. Besides that, who knows? (laughs) I have ambitions for it, and would love for it to be successful, but I haven’t written that song that has the potential to be a big hit or something, I never do write those songs, but I feel like I can make really good albums that people like me, with similar tastes in music, can connect to.

DMMC: Do you do any art outside of music? 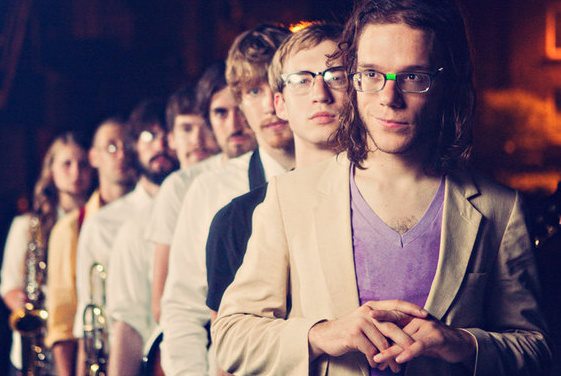 Chris Ford: Hmmm…no, I guess not. (laughs) We do these big, art conceptual things for videos and album art and stuff, and I love being behind that, but it’s all because it’s connected to the music. So, no, I’m not.

DMMC: You’re also involved in a number of other bands in the area.

Chris Ford: I play drums for Derek Lambert and the Prairie Fires, The New Bodies, and January Rabbit, when they have shows, which is Dustin Harmisen’s project with his fiancée. They write songs and are recording an album, and it’s sweet. I also play drums for Dustin’s album as well, and I’m producing that album. I’d like to get more involved in producing albums, I’ve been talking with Sean Huston about producing an EP with him. Dustin’s going to pursue that album, which comes out later this year, with a full band, and it’s really ambitious.

DMMC: His show at The Space anniversary was incredible.

Chris Ford: Yeah! That’s the thing, his album has rock songs, but it also has big band, a string quartet, grand piano, jazz combo songs, it’s sweet, it’s a cool record, it’s very eclectic. And I think he’ll do a lot of different kinds of shows around that.

Check out Christopher the Conquered on Facebook, MySpace and at the DMMC’s 7th Annual Gross Domestic Product on April 14.