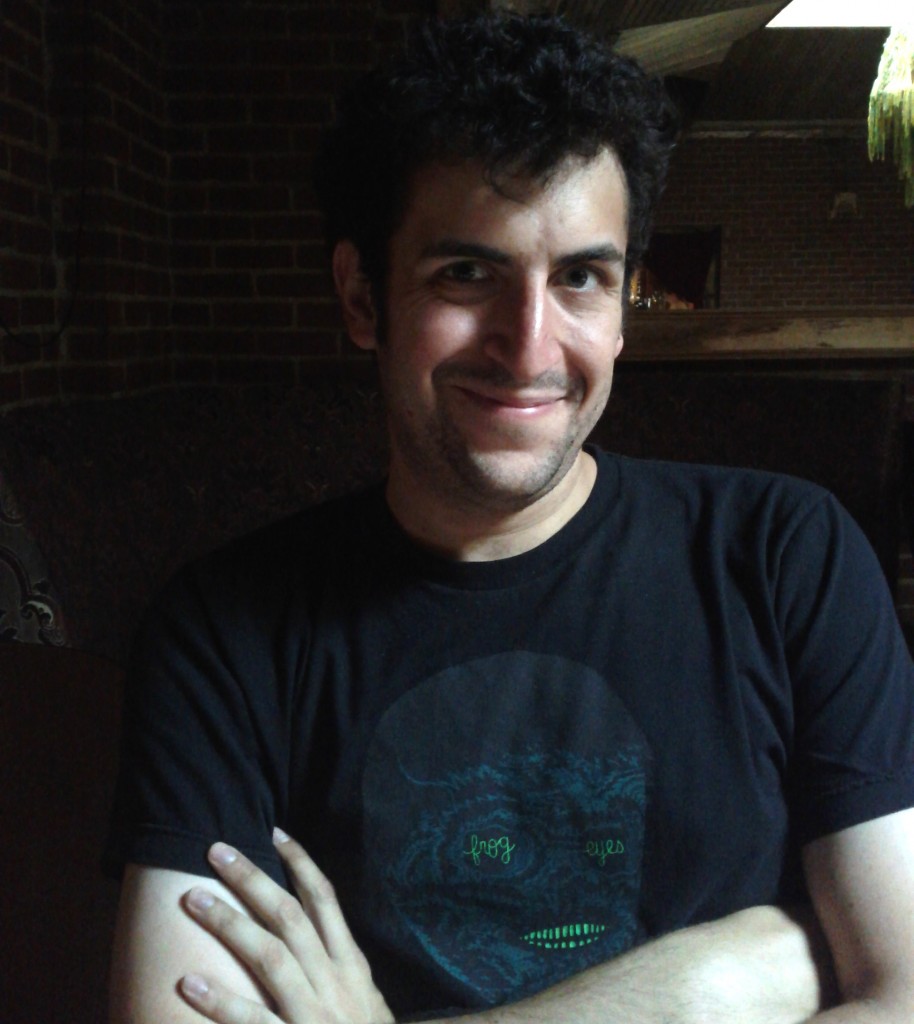 Matt LeMay has been a cornerstone of indie rock since he was 16 years old.  That is also the year he started writing for Pitchfork Media. Matt has played shows around the world, interviewed some famous musicians, and has even recorded some of them, as well!  If you follow him on Twitter you know he loves coffee and burritos and can put them both down in incredible numbers. He does it all, and will bring knowledge from so many different angles at the DMMC Music University conference on October 19th in Des Moines.

Read some of Matt’s work for Pitchfork.com, including reviews of albums from Interpol, R.E.M., The Magnetic Fields, and more right here.

1. Matt, you are a guy who dabbles in a little bit of everything in music from production to songwriting to writing about music. What gives you the most pleasure as an artist?

Mixing records is pretty much my favorite thing to do in the whole world. The process of turning raw tracks into a finished song is so exhilarating for me, and I feel like it’s where I do my best work. Mixing also gives me a chance to apply critical observations in an actually-constructive way. It’s great.

2. You have been playing drums with Kleenex Girl Wonder now for a few years, they put out one of the greatest indie rock albums ever in my opinion, tell us a bit about how you joined that band and why everyone in the world should buy Ponyoak… and your new record.

Ponyoak is one of my all-time favorites, too! I had lost track of Graham Smith’s music until my friend Ned played me the album Yes Boss — which was credited to Graham Smith & KGW — in 2008. It totally knocked my socks off, and I think it’s my very favorite of Graham’s albums songwriting-wise. Soon after I heard that album, my former band Get Him Eat Him was scheduled to play our last show together at Union Hall in Brooklyn. I asked Graham to open up the show, and I also asked him if he needed a drummer. The rest, as they say, is history. Graham’s style is completely unique to Graham, and has only grown more so over the years.

3. You wrote an excellent piece on the passing of my musical hero Bill Doss, your words brought me to tears, there is a great power in writing. What got you into music journalism and as a musician yourself do you think you go about reviewing records from a different perspective than someone who does not play or produce their own music?

Thanks so much; Bill’s music has brought me to tears many, many times. I started writing for Pitchfork when I was 16, primarily *because* of bands like the Olivia Tremor Control, who I loved with every fiber of my being but none of my friends really seemed to know about. I think that making music has helped me speak to how exactly music works, not just how well music works. That said, I always try to write in a way that will make sense to non-musicians, and maybe even get folks thinking about the connections between aesthetic decision-making and emotional resonance.

Playing with Kleenex Girl Wonder at Primavera Sound in Barcelona last year was an unbelievable honor and privilege.

5. Who is your all time favorite band?

Scott Miller, who passed away earlier this year, is my all-time favorite musician. His songs are so incredibly smart in such a subtle way. He did most of his work with a band called Game Theory in the 80s, and a band called The Loud Family in the 90s and 00s. Game Theory’s The Big Shot Chronicles and The Loud Family’s Plants and Birds and Rocks and Things are both great places to start.

6. You recently released a cassette compilation of all your recent singles. The songs are great. How can someone get a hold of these tracks, now that the tapes are sold out?

There are actually a few tapes still available on the Mirror Universe shop! I’m incredibly happy with how the tapes turned out — Tom at Mirror Universe puts a ton of time and energy into everything that label puts out, from the levels on the cassettes to the stamps and the artwork.

7. What are you most excited to talk about in Des Moines on Oct. 19?

The pork tenderloin sandwich at Smitty’s! Seriously, though, I’ve seen the music business from a lot of different angles, and I hope I can demystify some things about the way things work, from how to record an album at home to what to expect from a press campaign.

You can hear Matt LeMay speak at this year’s Music University conference on October 19th, and probably go eat a pork tenderloin sandwich with him, as well. Check out the full schedule here, then register here. Discounted rates are available for students and performing musicians.

Learn more about Matt at: aquestionoffrequency.com