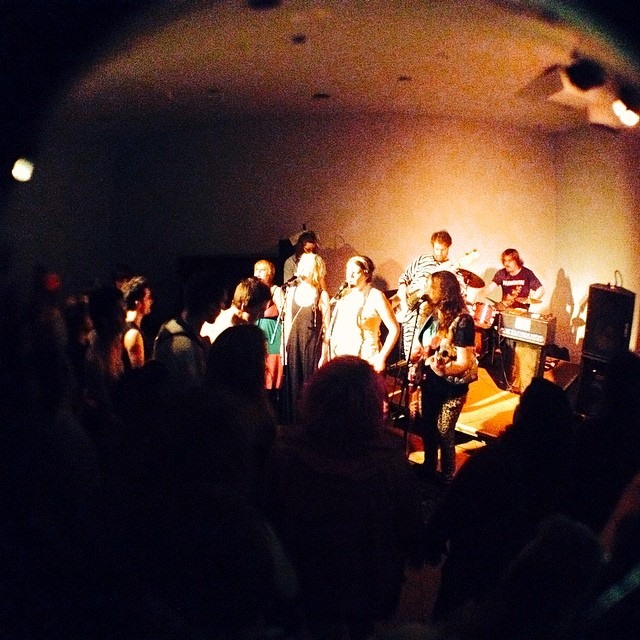 Secret Freedom is musical project that grew naturally out of an Ames based group of friends. The group’s first album, Secret Freedom, was released in July 2014. “I think it was an experiment in a lot of ways. It’s kind of a document of these people coming together,” explains Wally Neal, the group’s principle songwriter.  “I don’t want it to be any specific kind of music, I want it to be spiritual. It’s about the experience of playing it,  saying those words, it’s meant to be felt- it’s not a stylistic thing.” The close knit relationships that the band has been born out of give it a uniquely inclusive and welcoming character. “I want it to always feel DIY, I want it to always be humble.”

Learn more about Secret Freedom on their Facebook page.