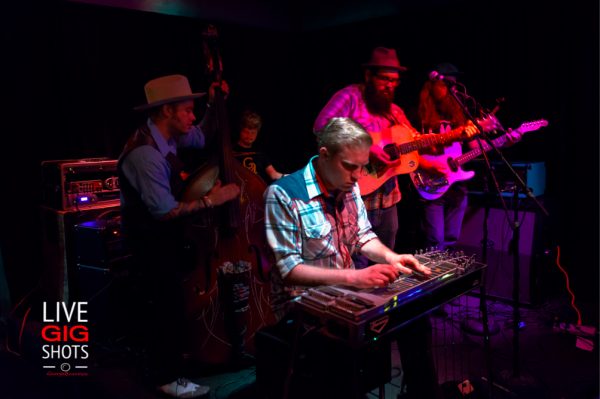 Sounds of the worked and tired, blue collar and swollen hands over broken homes and poverty.  American music reminiscent of the 1970’s country and blues bands with stories from the hard life sewn into the smooth and sometimes chaotic melodies. A raw, lamenting howl driven by thunderous drums marching to the upright bass and soothed again by the moans and cries of a pedal steel.  We like to call it Midwest Junk Soul.

Formed in January of 2016 Matthew James & The Rust Belt Union released a live recording shortly after in mid-April by the name of “Live From the Loft” and has kept a steady working calendar between their state of conception Iowa and Matthew James’ motherland Michigan.

“Let me tell you, I’m enjoying this disc. Raucously tender, these folks have got a leader who’s coarseness unsuccessfully attempts to hide a delicacy that inevitably finds the light when this tightly loose-seeming ensemble rests during balladic valleys and successfully fights into full voice when the group rambles into bursting revelry. Embellished everywhere with little flourishes that evidence the fact that this band knows how to listen as much as it sings, its sophistication is unassuming and its musicianship skillfully casual.”  — Aaron McNally of The North American Review