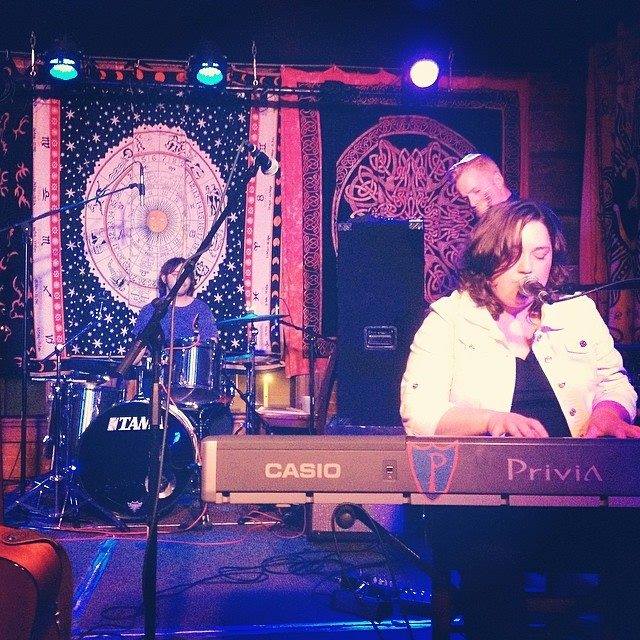 This year we welcome Holly and the Night Owls to Little Big Fest!  This particular group, native to Ames, grew from a solo act performed by the stunning vocalist Holly Figueroa.  Her smooth melodies deliver attention-grabbing transitions that create a relaxed, carefree atmosphere.  Accompanied by Vedran Surlan on the drums and Caleb Swank on the bass, Holly and the Night Owls create a clever pop blend soaring between blues, jazz, and folk music.

Working with Nova Labs in Ames, they released their first self-titled album and dropped it like it was hot early this July.  From first listen you can tell Holly’s songwriting is the product of many influences, and you’ll fall in love with how she creates a beautiful centerpiece for the faultless beats from the rhythm section.

Although Holly has spread her wings, and moved back to Omaha, we can still expect to see the Night Owls.  Quoting Holly, there are some changes in the wind.  She is hoping to find a similar air of comradery and support that she found abundant in Ames and Des Moines, and looks forward to exploring all that Omaha’s music scene has to offer.  Musically speaking, Holly says, each song has a heartbeat of its own and its own message.  Holly and the Night Owls’ album is arranged as a sort of timeline to the source of each songs inspiration.

Learn more about Holly and the Night Owls on their Facebook page.

Listen to Holly and the Night Owls: