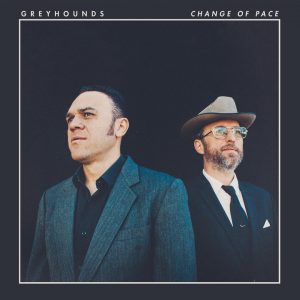 Trube and Farrell first met while living in California, where an L.A. Weekly classified ad brought them together. The connection between the guitarist and keyboard player was instantaneous, and the remarkable magic they conjure together has since earned them widespread attention from critics and peers alike. Derek Trucks raved that “Greyhounds make real music, the right way and for the right reasons,” while JJ Grey described their songs as landing “somewhere between a heartfelt hymn and the dirtiest jank you’ve ever heard in your life,” and Gary Clark Jr. summed up a recent LA show by tweeting simply that they “crushed it as usual.” Meanwhile, Esquire hailed their debut as “intoxicating [and] gut-wrenchingly lovely,” USA Today compared them to “The Meters, Earl Hooker and Buck Owens,” and Texas Monthly fell under the spell of their “ringing guitar…bluesy swagger, and all the pain a strained falsetto can convey.”

Besides their unique ability to finish each other’s musical sentences, the duo also bonded over a shared love of rescued gear. ‘Accumulator’ highlighted Farrell’s collection of rewired vintage keyboards and Trube’s extensive collection of antique guitars (all of them purchased for under $100), and ‘Change Of Pace’ finds them taking their DIY sonic approach to the next level.

“Farrell and I produced this record ourselves, and we’re real proud of the risks we took,” says Trube. “In most recording situations we’ve ever been in, we’ve had a producer telling us the ‘right’ and the ‘wrong’ way to go about things, but this time around, we just went for the sounds we thought would be cool. We’d have crazy ideas like hanging an amp on the showerhead in the bathroom and putting a microphone in the hallway with the door open, just trying to experiment with whatever equipment we had.”

It wasn’t all purely DIY, though, as the band recorded some of the tracks at the legendary Ardent Studios in Memphis, which has hosted everyone from Led Zeppelin and Big Star to The Staple Singers and Booker T. and the MGs in its storied history.

“It’s incredible to record at Ardent,” says Farrell. “It’s inspiring, but at the same time it kind of lends this gravity to things. It made us feel the importance of what we’re doing and of making it something that can last beyond the time that we’re here and hopefully inspire others that come after us. We were given this opportunity to record in this place with all this history, and we felt like we had a responsibility to do it justice.”

That responsibility rings out loud and clear in songs like the slow-burning come-together anthem “Walls”—where Farrell sings “What happened to the feeling that we can make a change?”—and “Sizzle”—which finds Farrell reflecting, “So many people just don’t seem to care / They think that it doesn’t matter because it’s happening over there / But they forget that all nations used to be one / Living under the same sun.” There are lighter moments, to be sure, like the playful, Trube-penned “Late Night Slice,” in addition to the deep wells of emotion that bubble up on the heartbroken “Cuz I’m Here” and the funky “For You,” but across the board, the album showcases the remarkable artistic maturation the band has undergone in the short time since releasing ‘Accumulator.’

Despite the varied subject matter and recording approaches, Farrell and Trube’s singular blend as songwriters proves to be the unifying thread that ties together all of the disparate, daring sounds and ambitious lyrical work.

“We’re both two different guys, but once a song goes through our filter together, it’s just Greyhounds,” explains Trube. “I might have written the majority of the lyrics for some particular tune, but all in all, it wouldn’t sound like it does if it hadn’t had been Farrell and I working on it together. Every song has to go through the Farrell-Trube filter before it’s put on the record. That’s what makes the sound that we create.”

If ‘Change Of Pace’ is any indication, the Farrell-Trube filter is working in peak condition right now, and the timing couldn’t be any better. The war is on for your mind, and Greyhounds’ new album is without a doubt a win for the good guys.

To learn more about Greyhounds, check out their Facebook page