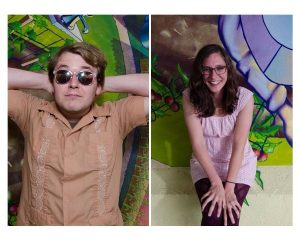 Crystal City, fronted by Dave Helmer and Sam Drella, is a Heartland rock band with blue-collar roots. Heavily influenced by Paul Westerberg, Tom Petty, John Prine and Townes Van Zandt, Helmer’s songs are approachable and relatable, touching on themes of love and loss, being good to each other, and celebrating life.

In 2009, Crystal City formed as a duo, recording their self-titled acoustic EP just three months after meeting. In the years to follow, the duo grew into a full band. In 2014, their full-length album Change was released. The album was met with positive reviews from around the country due to its blend of rock and acoustic songs.

Following the successful reception of Change, the band spent the year playing shows around the country, sharing the stage with national acts such as The Whigs, The Good Life, HoneyHoney and The Ike Reilly Assassination.

Taking on dual personalities, Crystal City regularly plays around the Midwest as a Rock ’n’ Roll outfit as well as a fingerstyle duo, rich with harmonies and melodic whistling, comparable to the likes of Andrew Bird. Crystal City’s classic songwriting can warm a weary heart and get bedraggled feet stomping.

Their sophomore full-length album is slated for release in 2017.

To learn more about Crystal City, check out their Facebook page