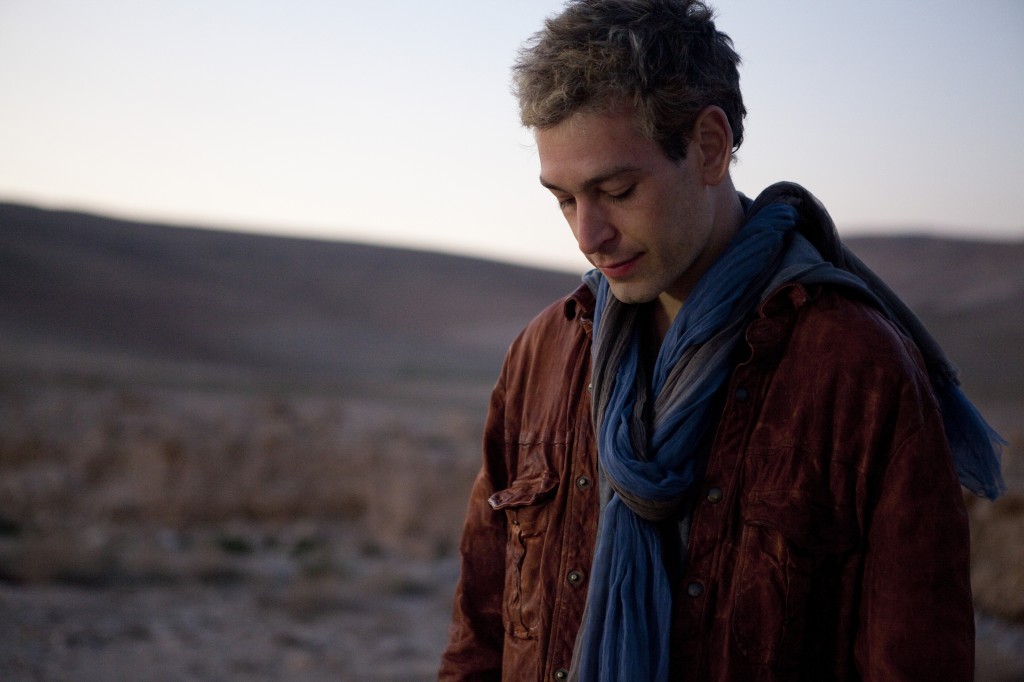 It’s hard to think of Matisyahu as a chameleon. For years he was one of the most recognizable guys in music, if only because there weren’t any other Hasidic Jews in music. He dressed in traditional garb: white shirt, a black suit, black hat worn over a yarmulke. He had a full beard. He didn’t blend in.

But his music: That was always changing, Matisyahu often blending in with his latest obsession. Long before he shaved his beard and abandoned the black suit, he was exploring reggae’s family tree, tracking it from its Motown roots to its spawning of dancehall to its influence on hip-hop. He’s dabbled in electronic beats and straight rock. He’s brushed up against Top 40 bombast. And with his latest, Akeda, he’s stripped all excess away, relying often on little more than his voice, a piano, and a few atmospheric sounds. We asked Matis about his chameleon ways, his never-ending lover of reggae, and one thing that ties all his music together: his faith.

DMMC: To an outsider, your growth in your faith and your exploration of music seem very intertwined. It’s obvious that your faith influences your music, but how much does music influence your faith?
Matisyahu: I guess initially it impacted me in that reggae music, with its Old Testament references, influenced me to search deeper into my own Old Testament roots as a Jew. Also, I like to pray during my show. Ultimately, the goal for me during a show is to have an intimate experience talking to God and to bring the audience with me.

DMMC: Your latest record, Akeda, removed a lot of elements from your music. How does the process of editing —whether it’s the removal of instrumentation or the reworking of lyrics and melodies—fit into your songwriting process?
M: Well, initially I compose quite a bit of lyrics and it’s not till later that I start organizing them into separate songs. It’s almost as though when I write a record it’s really one long song with different chapters. As a writer and musician, less is more and editing has been my greatest challenge. I feel that I made real strides with that on this record. At the same time, though, I made a point to use most of my first takes in the studio.

DMMC: Is addition easier than subtraction?
M: Most definitely.

DMMC: So why did you want to strip back the sound with Akeda?
M: It’s just my musical taste at the moment. Also I wanted to expose the subtleties and emotional weight of the voice without too much distraction.

DMMC: You rarely stay with one sound long. Have you already begun exploring again even though this album is just a few months old?
M: I’m really happy with the record and the sound. Playing those songs live as they are on record has been doing it for me so far on this tour so no need to make many changes yet.

DMMC: “Akeda” is the Hebrew word for sacrifice, and references the story of Abraham and his willingness to sacrifice his son Isaac to prove his loyalty to God. Not to read too much into the title of the album, but did you feel this album as a test for you, your fans, or both? And if so, how?
M: Yes. In a way, this whole record, from the art to the videos to the writing, has been a test or sacrifice. To follow my artistic creativity and my guts and not to put out a record that’s more commercial or what I think people want to hear from me—i.e. “One Day” or “Sunshine.”

DMMC: Talking about faith can be difficult for some people. You talk asked about your faith constantly. Is there ever a moment where you wish your faith was just your own, or do you feel this dialogue with the world is something you have to continue to have?
M: For me, it’s both intimate and private and, at the same time, a part of my experience that I share with the world.

DMMC: Do you often feel misunderstood because of this?
M: Yes, at times, but I think a lot of my true fans really understand me deeply through our essential connection in my music. I put my innermost self into that music. I talk about my failures, fears, hopes, disappointments, my own sense of defeat and brokenness and the love that flows through it all.

DMMC: It’s been reported that you “discovered” reggae when you would visit family in Barbados. What was it about that music that you couldn’t shake? What is it about your music now that you believe sticks with people years after they’ve heard a song?
M: It was mainly through Bob Marley’s music that I got into reggae, but yes my initial exposure was through my bajan cousins when they’d come to NY for summer camp. That music made me feel empowered and understood. It gave me inspiration and vision. I hope my music does that for people as well.

DMMC: You’ve had a decade of albums at this point. Most musicians are lucky to survive half that long. For you, what was a key decision that allowed your career to flourish for as long as it has? How did you come to that decision?
M: I continue to search for inspiration in my life and in my music. I follow my intuition and heart even when I fail. I’m not afraid of change. I push myself to grow as a vocalist and musician. I make the music for me. I do what makes me happy, not what I think others want. And I love and appreciate my fans. I stay connected. Constant touring and trying to give all I can.