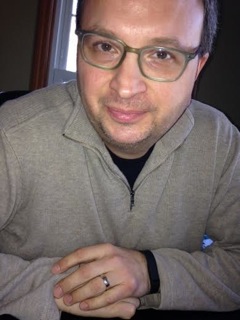 In college, Craig Grossman didn’t know what a booking agent was, and he certainly hadn’t planned on becoming one. Yeah, he’d always been a music nerd, but a degree in Mass Communications ended in a disappointing career in sales. Today, though, his Green Room Music Source is a thriving booking and management agency with dozens of signed musicians – and Grossman built it from the ground up. What made him truly successful? He “speaks musician.” A drummer and band member for years, Grossman can relate to the artists he partners with because he’s been there. He gets it. We talked to Grossman about his career, fans, the strains of the job, as well as a little advice on how to make it the music industry. Here’s what he had to say.

On his career path: I was a touring musician for a long time and I had background in sales, but it wasn’t really what I wanted to do. I called a booking agent who had worked with a band I used to be in and ended up working with him for a little while. It didn’t work out very well, but it was a really great opportunity because he got me a lot of contacts and a lot of leads. I found out working with him that this was something I wanted to pursue.

On what’s most difficult: A couple of years ago, an artist came up to me at a show and said, “How’s the booking world?” I said, “Oh, you know, it’s good. It’s crazy.” And he’s like, “Yeah, it’s a lot of moving pieces.” I kind of had this picture of a puzzle moving with maps and calendars because that’s what I’m dealing with. It’s a lot of moving pieces and trying to get things to line up, making it all work. At the same time, that’s what I thrive on. It sounds so big and bold, but I love that challenge.

On fans: These days, the best thing is crowd-funding … Obviously, the financial benefits for the artists are amazing but the really important thing is that connection. Typically, artists don’t care about money. If an artist looks at the money they raised, their first thought isn’t necessarily, “Look at all that money I’m getting!” Their first thought is, “Holy Christmas! Look at all these people who love me!” Fans have this opportunity to invest in artists. It’s very powerful, very democratic.

On mistakes in the music industry: In order to get into this business, you have to get out there, you have to network, and you have to do it a lot. When I started, I was out every night. It was exhausting because you push yourself, but you do that because you need everybody. The mistake part of it is underestimating that.

On being appreciated: People say it’s a thankless job, but it’s a really rewarding thing when you hear that your artist is really happy to work with you. If I go to a show and it’s a full room that I helped book and I see all those happy people, that’s pretty dang cool, too.