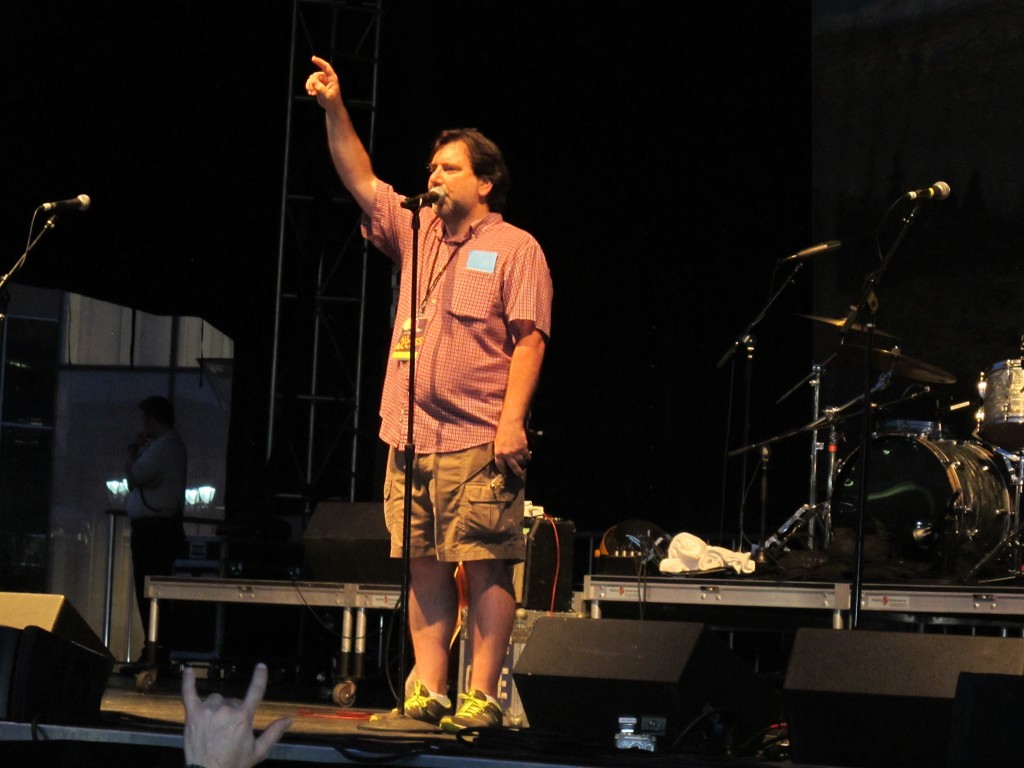 The man behind the music of downtown Des Moines.

Amedeo Rossi has dedicated over 10 years of his life to transforming the Des Moines music scene into the next music hub of America. The evidence: Rossi, with help from a couple colleagues and organizations around town, is responsible for almost half of the musical performances and events that happen any given night in Des Moines. He’s the owner of a downtown bar the LiFT and a managing partner for Vaudeville Mews. He’s also a partner in SA Presents, which produces Nitefall on the River shows and manages the Simon Estes Amphitheater. And like that’s not enough, he’s the project manager for the Des Moines Music Coalition, which means he leads the team that puts together the annual 80/35 music festival. Rossi is a man who knows what he’s doing and is doing it very well. We got a chance to talk to him and hear about his experience in the music industry and his take on the Des Moines music scene.

Amedeo will be speaking at Music University on Oct. 4-5.

DMMC: How did you get started in the music business?

DDMC: You’ve had great success in the Des Moines music industry. How do you juggle all of your different businesses?

AM: You have to work with people that you can trust. The key is working with people, understanding why they are doing what they are doing. Is it for a paycheck or is it because they have a passion? Working with that and them to achieve a collective goal.

DMMC: What do you think is the biggest benefit musicians get from talking to successful people in the industry?

AM: As a performer you generally focus on your music, your show, and improving your audience. If you want to differentiate yourself, you need to really work on growing your fan base. You need to have all the business skills to really make a go of it.

DMMC: What do you think is the most important business skill musicians should focus on?

AM: The No. 1 thing you can do is building your base of connections by handling things well. It’s all about the ‘I knew so and so and they told me to go check out this booking agency or management company.’ It’s really about building those local or national connections.

DMMC: This past July you hosted the sixth annual 80/35. How have you made it a different and better experience each year?

AM: Our goal at the beginning was to raise some money and get it started. Each year we gather information about the [previous] festival and try to make improvements in each area [of the festival]. We always aim towards building up small, by making two or three things better…lots of small improvements year after year.

DMMC: Since starting DMMC, do you think it has helped improve the music industry in Des Moines?

AM: It has definitely drawn a lot of light [to us]. I think we have done a lot of the building blocks. But I still think if a few acts can pop on to the bigger scene and do something, it will draw even more light to Des Moines.