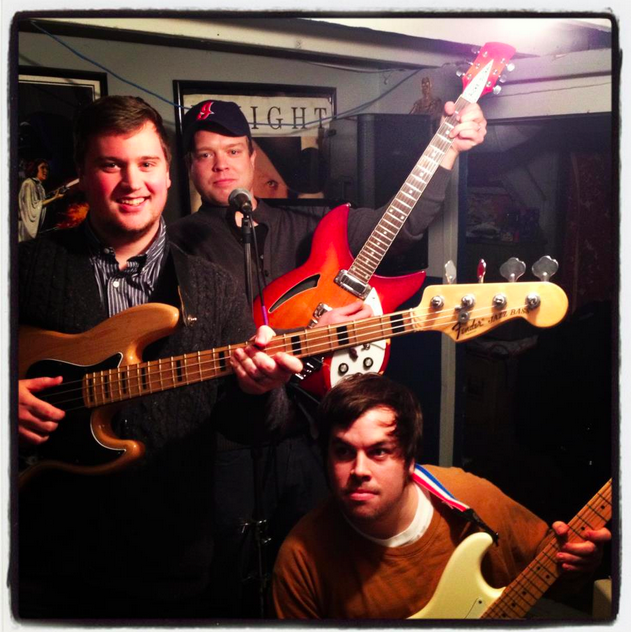 For self-proclaimed power pop band Twins, music is a family affair. Originally starting out as The Teddy Boys, these Cedar Valley natives found musical fusion through family members. Including brothers and cousins, the group played shows and toured all over the continental United States.

Upon splitting up, the band formed two new separate groups. Twins, which consist of brothers Harper and Joel Sires (their father is a twin) as well as their cousin Luke Sires, focused their 60’s garage rock sound. Their counterpart band, Dylan Sires and Neighbors, whose namesake member is also cousin to the brothers have found their sound in alternative pop medleys. The amicable split more than doubled the band’s influence, giving them the ability to focus on their distinct musical styles.

Often booking together, each holds their own on stage as some of the best local music being made in Northern Iowa. Community oriented and hardworking, members of the Sires family can be found around town, often performing and socializing at The Octopus, owned by Dave Deibler of House of Large Sizes. Live, The Twins are charismatic and charming.

The Twins have only just released their debut album, Funny Faces, this past October. Setting off the record release at their hometown favorite, Spicoli’s was party central for this exciting new addition to a long history of Sires related bands. Since then, the band continues their family friendly music with style and good times. Catch a show, you’ll be convinced.

This article was written by DMMC volunteer contributor Andrew David.