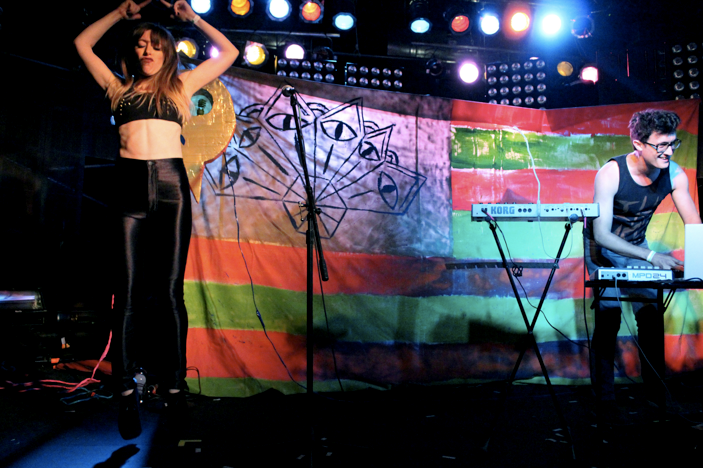 You’re standing in a half empty bar and the lights go down, Trouble Lights take the stage.  The music starts and pretty soon you’re nodding along with the beat.  Adrien Daller’s vocals hit you like a siren (the kind from Greek mythology) and pull you in.  Next thing you know you’re dancing along and pumping your fist in the air with not a care in the world.

Trouble Lights began with Daller and Phillip Rabalais talking about their shared love for 90s pop in the back corner at parties.  The duo began making music together with the goal of creating timeless pop music that you could both dance and cry to.  Their debut album, The Endless Prom, achieves this and so much more.  With lyrics that remind you of the heartbreak and excitement of being a teenager and electronic beats that will make you dance until your feet are sore, their album is like stepping back in time to a magical place where you’re free to feel whatever you want and not be afraid of what others think.

Trouble Lights is all about being yourself and letting your freak flag fly.  Their album release show at Wooly’s was a prom theme complete with photo booth and crowning a prom king and queen (the king wore a dress).  There is definitely a level of theatricality in Trouble Lights’ music, which can be seen in their videos for “Safe With Me” and “Ready”, not to mention their recent shows which have featured multiple backup singers and a backup dancer. They are a truly unique and remarkable band and one that you definitely don’t want to miss.

Advance all-access passes to GDP are sold out! However, there will be 50 more made available at 5pm on April 13th at the pass pick-up at the Kirkwood on 4th St., at 5PM. These passes will cost $20. There will also be a limited number of tickets available at the individual shows. More details will become available on the event page for GDP.