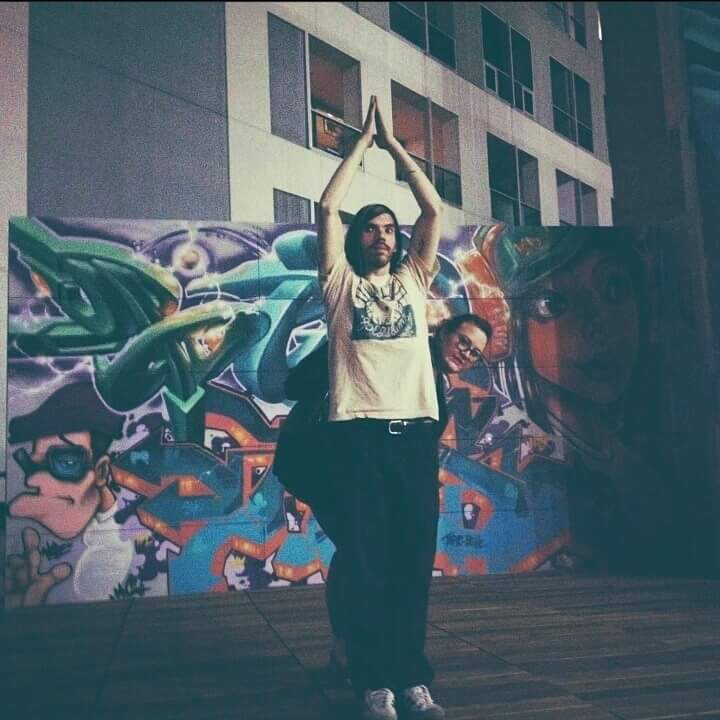 As much as Odd Pets’ success in the past year is attributable to their undeniable talent as songwriters and performers, I tend to believe it also stands as a testament to the supportive and inclusive atmosphere of our little Des Moines music scene.

When Des Moines native, Lisa Burner, and long-time resident, Andy Buch, first started playing together as Odd Pets they were mostly just foolin’ around, playing some acoustic stuff one month, some noise stuff the next, and it wasn’t until Andy brought an electric guitar and some drums over that things really clicked and the punk-tinged, pop-forward Odd Pets we know today came together.

The real breakthrough came when they started playing around at the local venues. “It’s all been so amazing,” says Burner. “Odd Pets could not have warmed me up to the stage any better. It’s always so much fun playing and goofing off and meeting new people and meeting new fans.”

That outpouring of support and mutual admiration makes an Odd Pets show somewhat of an emotionally ambiguous prospect. On the one hand, you can’t help but dance or sway along to killer songs like “Stay Behind” or “Blackout” with lines like “My heart is a hole” and “I’m warmest alone.” On the other hand, you will invariably find yourself surrounded by some of the nicest, most decent neighbors you’ll ever meet who are also dancing or swaying along to these killer songs.

You could trip yourself up on those inherent contradictions and go home befuddled and confused. Or you could embrace it, give yourself over to the complexity of the modern world, and find yourself warmly alone, together.

By Casey Erixon of DSM Shows

To learn more about Odd Pets, check out their Facebook page.