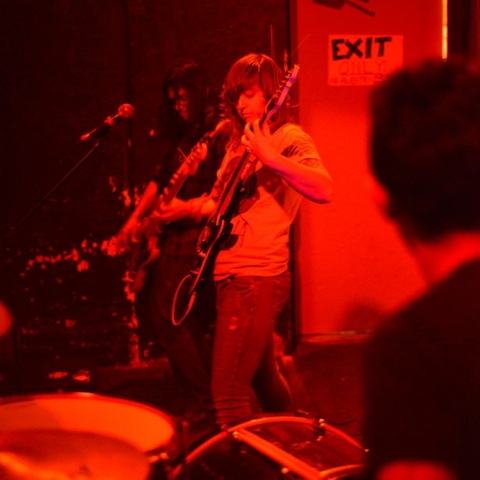 In the TMT preview of their debut 5cm Recordings-released cassette, Entropy, Nostromo was described as an answer to what-if questions like, what if “Ozzy had joined Rush and crashed CBGB’s in 1975?” It’s hard to write better hype than that.

After all, Nostromo shreds through those late 70’s and early 80’s downtuned hard rock bangers with ease, the drums pounding out cavernous but tight. The sheer amount of power this band puts off is remarkable considering the band’s three person cast.

When you see Nostromo, you know you are watching upcoming masters of their respective crafts perform before you. We’re starting to see a lot of that here in Des Moines.

By Phil Young of DSM Shows

To learn more about Nostromo, check out their Facebook page.