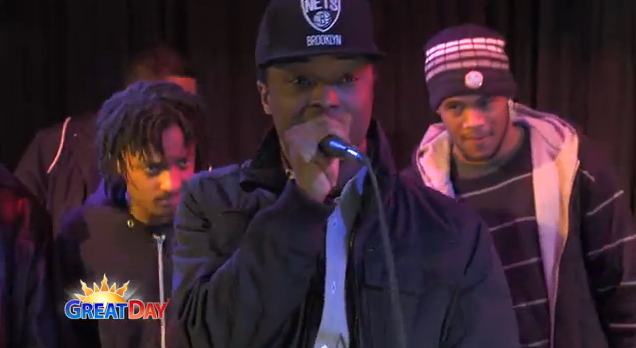 Media Fresh isn’t just a rapper, or even a group of rappers. It’s a collective that showcases some of the best Des Moines rappers joining together to make and release some great rap music. Lead by Media Fresh founder, MarKaus, the giant cast includes Breazy Low, Top Flight, KiDD, Tempest Musik, Bless, Equinox [X], and many many more. Their first album, or mixtape, is simply titled “Vol. 1”, and features a range of collaborations from MarKaus rapping solo on Se7en, to the opening track of First Degree that brings together seven of the group’s members for a pretty epic 7 minute song.

The music of Media Fresh is the type of rap that I really dig. Many of their songs put the emphasis on the lyrics. With just a simple drum beat holding the anchor throughout each song, it puts the lyrics on front stage. And for good reason, this is an incredibly talented group of rappers. It actually reminds me a lot of MF Doom’s short lived project, Madvilliany. I’d be surprised if it wasn’t an influential album to them.

I’m glad that the guys of Media Fresh are representing Des Moines’ rap scene at this year’s Gross Domestic Product. I can’t wait to see them take  the stage. Be sure to be there too, and in the meantime, watch them perform live on KCWI Great Day.