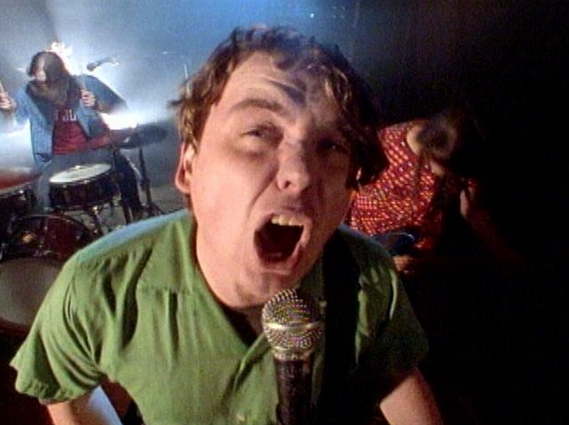 In the days before Slipknot, you didn’t hear a lot about Iowans making it big in the music industry. There was Andy Williams, of course, and the always the wonderful Greg Brown. And for 90s kids looking for something that fit with the alternative rock they were discovering on KFMG and The Dot there was House of Large Sizes.

I’m going to date myself here; my first exposure to HOLS was the news that a poster for the band had been spotted on Beverly Hills 90210. Looking back, that probably makes a bit of sense. The Walshs had moved from Minnesota and the fuzzy sounds of the House could have easily moved north and filled Brandon and Brenda’s ears before they headed west.

House of Large Sizes didn’t blow up like so many 90s acts did, but their DIY approach left them with a stronger local legacy than being a one-hit wonder would have. Would the Bi-Fi and Maximum Ames Records camps have been as strong without HOLS paving the way? Luckily, we’ll never have to wonder. Gross Domestic Product has had some great headliners over the years, but it’s hard to think of any act more worthy of topping the bill than House of Large Sizes. Whether they know it or not, a good portion of the line-up owes a fairly large debt to this band.

Check out House of Large Sizes:

This article was written by DMMC volunteer contributor Joe Lawler, who also writes for Juice Magazine.