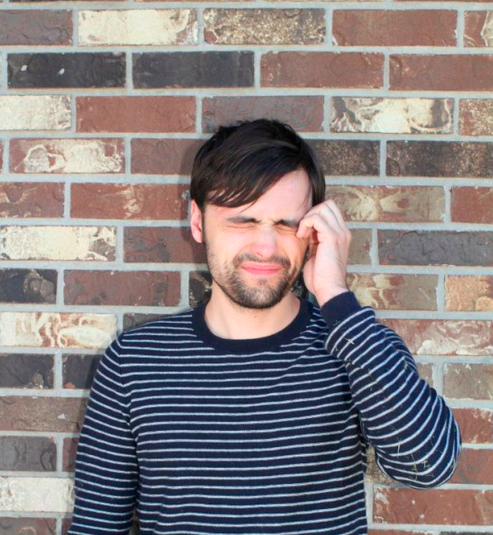 Back when I was younger, they made television sets that had a VCR built right in. For me, this was a mind blowing achievement in technology on par with space shuttles and laptop computers. Here it was, in one handy little package, all a guy needed to truly have the ultimate entertainment experience. Now, of course, our world has expanded such that the VCR isn’t even really a thing anymore, but man, those first TV/VCR combos really blew my mind.

H.D. Harmsen is the musical equal of the TV/VCR combo. He is an artist who succeeds at being all things to all people. A musician’s musician, Harmsen has spent time in many Iowa acts like The Atudes, Christopher the Conquered, Derek Lambert and the Prairie Fires and more. He is also a force in Des Moines musical theatre productions like Evil Dead: The Musical and others. He is the type of musician other artists turn to when they need a talented performer. Where Harmsen truly shines, though, is as a front man of his own vision.

Harmsen as a performer is hard to match. His energy, charisma and charm sparkles through with every song, every performance, with each bit of banter and with each impromptu mid crowd dance party.  As an artist, he is just as fearless. Not willing to be pigeonholed into a genre, Harmsen’s music can take cues from 1950’s jazz, 1960’s country, 1970’s pop, 2000’s indie rock and even 1920’s standards. While covering so many different eras can be exhausting, both as a performer and as an audience member, Harmsen does it all with such aplomb and charm that you can’t help but be drawn into him as an artist and as a showman.

Harmsen’s GDP performance will be shortly before his first album Papoose is officially released on Maximum Ames Records. And while recordings do him justice, it is live where he and his band The Electrophones, truly shine.  It is the full package that makes him truly unique and exciting.

Get your $15 passes (these are limited and close to being all gone!) to see 19 Iowa bands, featuring House of Large Sizes, Is Home Is, and more, by clicking right here.

This article was written by DMMC volunteer contributor Dave Murphy, who also writes quite wonderfully for Iowaves Music Blog and Des Moines Is Not Boring.