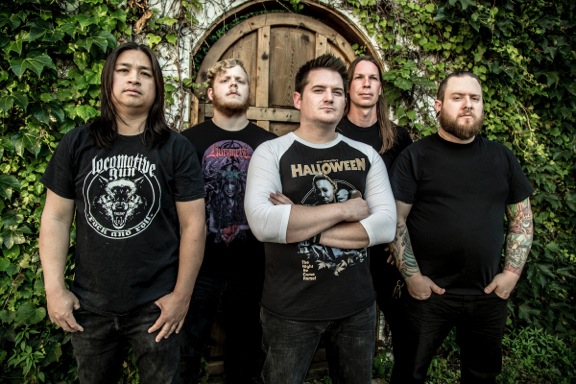 Des Moines has maintained an impressively long-standing tradition of metal music stretching back as far as the early 90’s. But things were different then, and in our modern era when live music is inextricably linked to its own online presence, it can be hard to break through the noise.

The album has been praised for its far-reaching take on the many different corners of the metal genre. Combining elements of the more polished trends of power metal with the loose, raw nature of thrash, the album was featured in the premiere metal publication, Decibel Magazine, and eventually reached #1 on the Amazon metal charts.

Now, Green Death is following an April US tour in support of the album with the one-two punch of festival appearances at this year’s Gross Domestic Product and 80/35 Music Festival. Considering the year isn’t even half over yet, 2016 is poised to be the year of Green Death.

By Trey Reis of DSM Shows

To learn more about Green Death, check out their Facebook page.