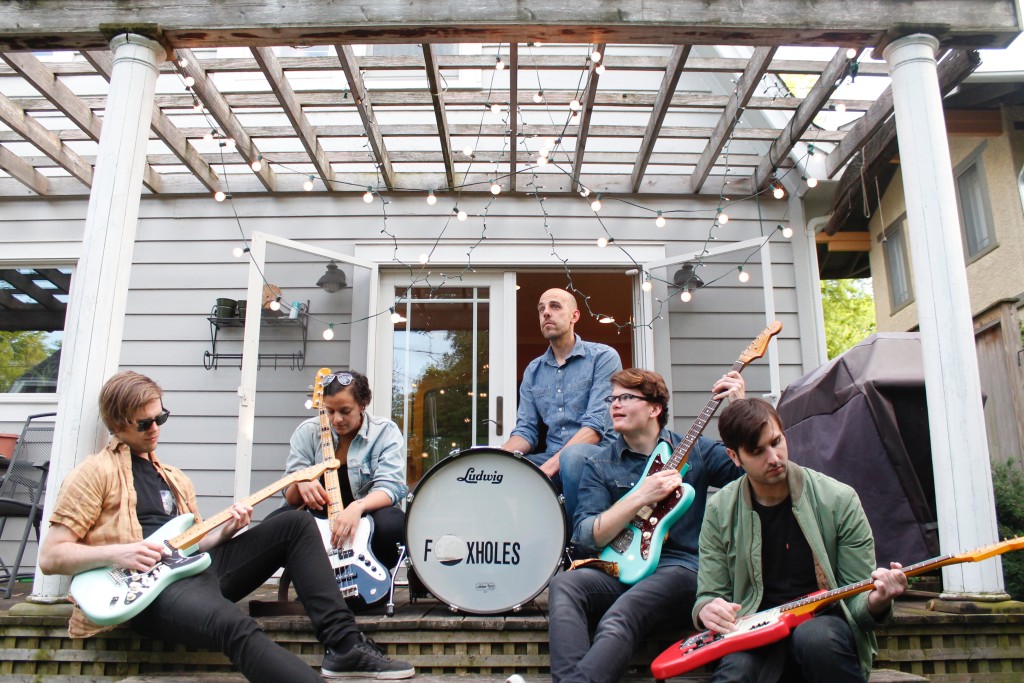 Foxholes has been consistently stepping up their game since they began playing shows around Iowa in 2012. Formed as a three-piece indie-rock outfit, the band has now evolved into a five-piece sonic assault ensemble.

Their 2014 debut album, Can’t Help Myself, boasted eight straight-shooting rock n’ roll jams which carried themselves with the late 20th century influences from legendary acts such as The Strokes and The Pixies.

In contrast, Foxholes’ upcoming, yet-to-be-named album is much more sonically dense and presents an even more developed band. Check them out for yourself at this year’s GDP and rest assured you’ll be seeing one of Des Moines’ most exciting indie-rock offerings in a city where the roots of the genre run deep.
By Phil Young of DSM Shows