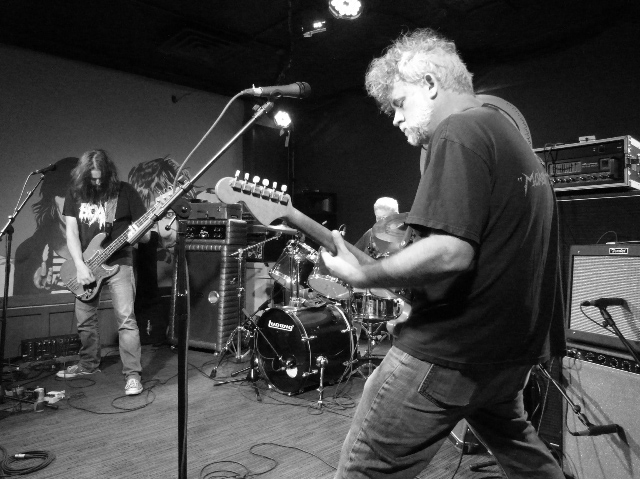 Making music since before the members of Glitter Density were born, Fetal Pig represents a Des Moines DIY punk scene that’s been around since before nearly all of the currently active music venues and festivals in the city.

Their take on post-hardcore incorporates elements of noise and punk rock, taking a page from acts like The Jesus Lizard and Slint, and some of the more rooted Sonic Youth heavy-hitters. But then there’s a certain paranoia in the way Fetal Pig lead-man, Dan Hutchinson, carries the songs in jagged, claustrophobic angles that is entirely his own.

Considering the tendency these days for music festivals to book legendary acts, it’s great to see a festival like Gross Domestic Product pay respect to those responsible for paving its way. Fetal Pig, we’re not worthy.

– By Trey Reis of DSM Shows

Learn more about Fetal Pig on their Facebook page.