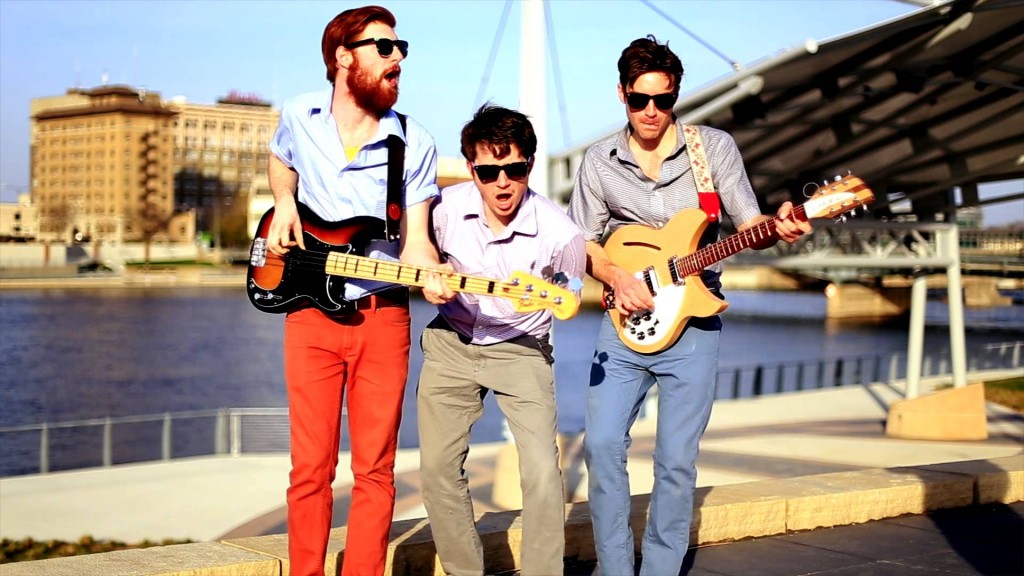 Dylan Sires and Neighbors play GDP on April 12th. Click here to buy passes to GDP before March 28th and save 50%!

Since having seen Dylan Sires and Neighbors at 80/35 last summer – they have slowly become a favorite of mine in my musical rotation. The 3 piece band brings a lyrical energetic sense to their music. They are a cross between a 50’s feeling and Muse…and it oddly works!

The members each bring their own persona to the band as well – Dylan Sires is the lyrical songster, Graham Howland, his ginger-haired companion, drives the songs forward with his bass work and the stylish Ross Klemz is on drums. To watch them on stage is adventure and just pure fun…which is what it looks like they have on stage. Chemistry between band members is evident in every song.

While Graham and Dylan also have solo projects going on, this group will be very busy in the future. They are opening for Of Montreal at the Mission Creek Festival in Iowa City on April 3rd. They are also working on a tour in Japan and their first national tour as well. In addition, Brandon Darner of the Envy Corps will also be working with them on their next album.

Come see these guys blow up the Midwest scene before they begin their own explosion across the nation!