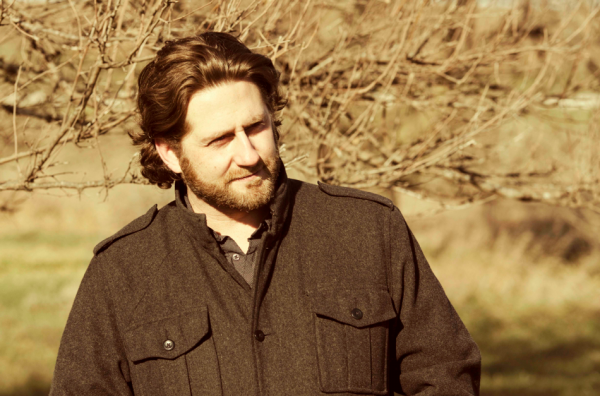 Let me start off by saying that I can’t stand country music. I was born in Dallas, my mother would get all gussied up to head out to the grocery store (sky high hair and all) but the southern country fad never stuck with me. In fact, it gives me a headache. After listening to some of Chad Elliott’s music on Spotify, my ads were bombarded with announcements featuring country artists (yuck). But this is the only complaint I have when it comes to his music—even if it is arguably borderline country. But not the new kind of country that wails on about tractors and beer (double yuck). Chad’s music is an ode to an older kind of country/folk/Americana. It’s a mix of the mature vocals of Johnny Cash and a guitar style that’s a bit more “No Country for Old Men” soundtrack-esque.

This is music I could listen to all day. His 2013 album, So Sang the Crow, takes all of the best parts of storytelling mixed with Chad’s smooth voice and produces something anyone can pick apart and enjoy. The layers of instruments add a complex bit of ear candy that’s not overpowered or overpowering. It’s no surprise he’s been a touring musician for over a decade—his well-produced music shows it.

Don’t be surprised to find other well-knowns on his 18 albums, like Pieta Brown. Chad’s shared a stage with Counting Crows, Eric Church, Lonestar, Odetta, Tom Paxton, and Brantley Gilbert (among others). If you’re not convinced yet, let me make up your mind for you: In 2009, Chad was performing as Buddy Holly at a memorial concert and was asked to sing “Oh Boy” with Buddy’s widow, Maria Elena Holly. To top it off, she whispered as the song ended: “You’re my Buddy.”