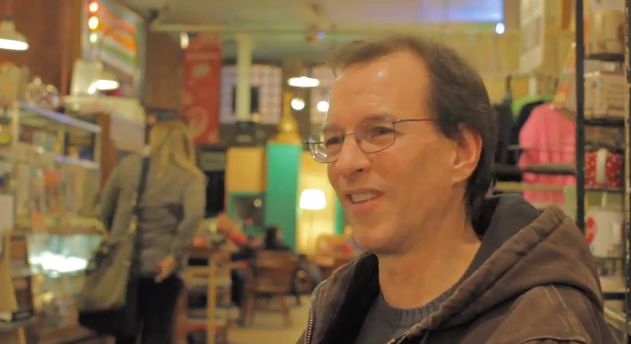 “Andrew is and always has been the biggest supporter of Iowa music I’ve known. I’m trying to remember a show I’ve attended that featured Iowa artists that he wasn’t at….and I can’t think of one.”
– Tony Tarbox, former host of Iowa Unsigned

“A super positive dude. A good attitude and example for younger concert goers, like his children.”
– Jordan Mayland, of Jordan Mayland and the Thermal Detonators (and everything else.)

“If you want to have a wild conversation, ask Andrew Smith about the five best shows he’s ever attended. He’s seen everyone live — from local mainstays to rock legends. And he’s always a positive and appreciative listener. Every local scene should have someone like Andrew. Central Iowa is lucky to have him.”
– Fred Love, of The Colt Walkers

“Andrew Smith is the kind of fan that every music scene (and band) dreams of. He goes to tons of shows, and is generally just excited about seeing music, everything from the big metal act in town to the quietest local band playing in a coffee shop for the first time. He’s seen so many shows that he knows how shows should go, and what great ones look like. When you see Andrew at a show, you can feel confident that’s the best show going on in town that night. He’s also about the nicest guy you’re ever likely to talk to.”
– Bryon Dudley, of Strong Like Bear and Liana, and founder of Nova Labs

“Andrew is so engaged with the local music scene. Rarely do I go to a show and not find him at one. He is usually accompanied by his fantastic family who are also equally engaged. He is front and center at all concerts and meticulously plans out his nights to maximize the opportunity to see as many concerts as he can. He has been one of my band’s first fans and he continues to attend our shows 2 years later. There is so much love and appreciation that I have for Andrew and his family for supporting local music to the max.”
– Lavonne McRoberts, of Peace, Love and Stuff