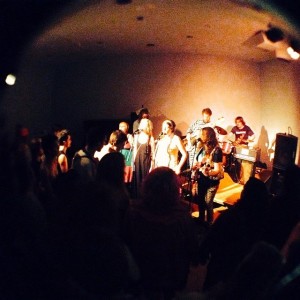 Secret Freedom is musical project that grew naturally out of an Ames based group of friends. The group’s first album, Secret Freedom, was released in July 2014. “I think it was an experiment in a lot of ways. It’s kind of a document of these people coming together,” explains Wally Neal, the group’s principle songwriter. … Read more »