Behind the Scene: Marc Hogan 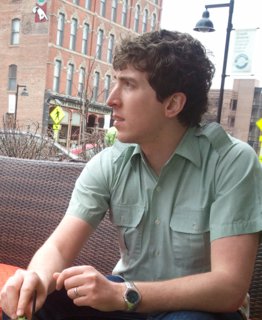 The master wordsmith keeps his finger on the pulse of the national music scene while keeping his feet in Des Moines.

Every day Marc Hogan checks the mail, and finds it teeming with music. As a writer for Pitchfork and Spin, he’s sent music from artists, record labels and promoters. That doesn’t mean he necessarily needs it. “Nowadays, all of us, anybody who wants to seek out music is constantly bombarded with it. It’s kind of a blessing and a curse. There’s more of it than you can possibly listen to.”

Music University: On the Road: Building a Tour and Surviving it

The Greater Des Moines Music Coalition and Maximum Ames are very excited to present a special edition of Music University, an ongoing series of open conversations about the world of creating and sharing music. This is the first of what we hope to be many collaborations!

Nitefall on the River announces Grace Potter & The Nocturnals

The annual summer concert series Nitefall on the River, presented by Veridian Credit Union, announces that Grace Potter & The Nocturnals will perform on Thursday, July 26. Tickets will go on sale on Friday, May 4 at 10am at http://ticketfly.com. The BoDeans show originally scheduled for July 26 has been moved to July 1. Nitefall on the River is held at the Simon Estes Amphitheater at 75 E. Locust Street in Des Moines. More acts will be announced soon.

Max Wellman and the Belin Quartet will kick off the 88th season of Civic Music Association, July 20 and 21.

The Civic Music Association strives to present the highest caliber of jazz and classical music in Des Moines. Season Tickets are now on sale, and single tickets go on sale in August. 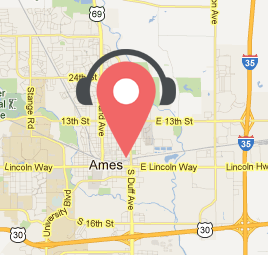 Ever since our launch party and concert in Des Moines, we thought it’d be fun to do something similar in Ames. So we’re doing it!

We collected 7 great local bands of all the genres we could pull together – including: indie, jam, blues, metal, folk, rock, soul, hip-hop, and funk!

Nitefall on the River adds Andrew Bird and Ingrid Michaelson

The annual summer concert series Nitefall on the River, presented by Veridian Credit Union, announces that Andrew Bird and Ingrid Michaelson w/ Greg Laswell will be part of the 2012 season. Nitefall on the River is held at the Simon Estes Amphitheater at 75 E. Locust Street in Des Moines. More acts will be announced soon.

Behind the Scene: Logan Christian 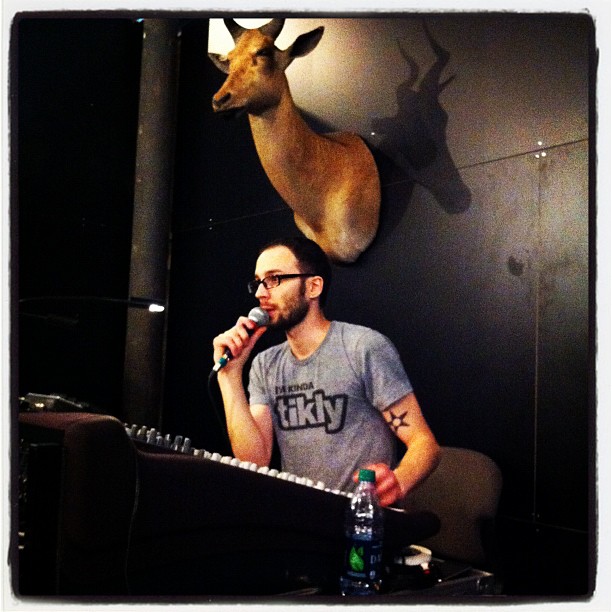 The Owner of Midday Studios keeps busy with live show opportunities and a full slate of Iowa bands to record.

We’re sitting in the living/control room of Midday Studios, listening to a track he recorded with Des Moines band Parlours, from their as-yet-unnamed album/EP. “A full length-plus. We’ve got enough for probably an album and an EP’s worth of music.” Nothing is mixed or mastered. There are still subtle changes to be made; twinkles and intricacies to be buried five layers deep that only the keenest of ears will notice, but upon which the song’s completeness depends. 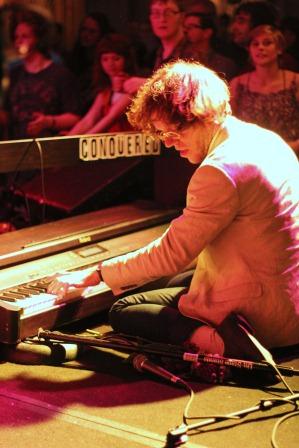 The seventh annual Gross Domestic Product stormed through Hotel Fort Des Moines this past Saturday, April 14. It was definitely one to go down in the books from the raging storms outside to the bands tearing it up on two stages inside. For the fans that made it out to the show, they received a top notch set from each band including surprise visits from bella soul, Utopia Park, Pat Fleming of Poison Control Center, and Elliot Burke of Lesbian Poetry. With this one-of-a-kind night there are many people to thank that help make it all possible.

Music starts at 10pm, but you could show up at 9:30 and nobody would make fun of you. And there’s NO COVER CHARGE. EVER.