The fifth annual 80/35 music festival on July 6 and 7 in downtown Des Moines packs in the fun for the entire family. The 80/35 Nationwide Kids Zone will feature interactive activities led by Science Center of Iowa volunteers. Returning features this year include an inflatable play area and several other interactive activities. Best of all, the Kids Zone is FREE, no festival ticket is needed to participate in the fun.

The City of Des Moines has awarded Firehouse #1 to the Des Moines Social Club. The non-profit arts organization will redevelop the firehouse preserving historic character. The space will feature a restaurant and retail locations on the first floor, with non-profit organizations and classrooms on the second floor. The firehouse garage will have a black box theater and “neighborhood” bar with space for outdoor events between the two buildings.

Stepping into the Vaudeville Mews is no small deal. You’d better be prepared (mentally and physically) for whatever music may come your way, and the sweaty dancing bodies you’ll encounter—if you come late enough (read: just before they close the bar). The minute you enter the venue’s red doors—after pushing your way past the cigarette-smoking crowd that gathers between acts—you’ll be bombarded with posters and handouts promoting upcoming events plastered on the wall. From local favorites Derek Lambert and the Prairie Fires and The River Monks to touring must-sees like the Mynabirds and Deer Tick there’s something for everyone. And guess what? You’ve only made it to the entryway.

What’s more fun than obsessing over the bands you’re going to hear at 80/35 this year? Seeing them live, that’s what. To make the most of the time between now and then, we put questions out to some of our visiting bands—including the Colorado slamgrass pioneers of Leftover Salmon.

Here’s what they had to say about their latest release, their creative inspiration, and their new banjo player’s secret talent.

The Des Moines Social Club submitted a letter of intent on June 14th to the City Council to purchase the Des Moines Firehouse at 900 Mulberry Street. The purchase request will be on the City Council Meeting Agenda on June 25th.  The non-profit organization plans to historically preserve the Firehouse that will be converted to feature a theater, art gallery, classrooms, shared non-profit office space, restaurant, coffee shop, retail space, and more.

80/35: A plethora of sweet activities

Of course there will be stacks and stacks of neatly-wrapped acts at 80/35. But that’s just the start of the party. See?

Our friends over at First Fleet Concerts are bringing mash-up maestro and 80/35 veteran GIRL TALK to Val Air Ballroom on Monday, June 25th. It’s going to be the dance party of the year! We are offering a special discount to all 80/35 fans and friends through Monday. Just head over to Ticketmaster and use the promo code ‘8035’ to receive a $5 discount. 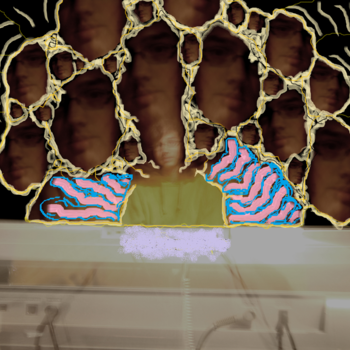 I’ve seen The Chatty Cathys a few times live, and have been impressed with how they’ve combined youthful energy with musicianship, and I enjoyed the bluesy rave-up of “What I Was Promised” on the Sonic Harvest compilation that came out a few months ago. They’ve released a six-song album that captures both their energy and their chops, while also stretching their wings a little bit as songwriters, trying out some styles while honing who they are.