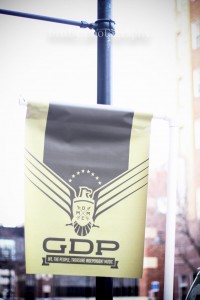 The 9th Annual Gross Domestic Product has been scheduled for Saturday, April 12th in the East Village. Main stages will be held at Wooly’s and House of Bricks, with performances and pop-up shows happening in other spaces throughout the neighborhood. Between 15-20 local musical artists will perform; three of those spots will be selected through… Read more » 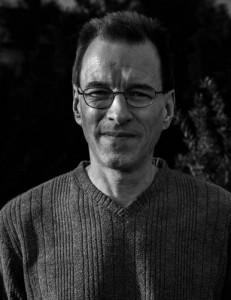 This year at Backstage Ball, to be held at The Gramercy Events Space at The Kirkwood in downtown Des Moines on Friday, February 28th, we will be honoring a number of individuals who have made a positive impact on the Greater Des Moines music community in the last year. In the weeks leading up to… Read more » 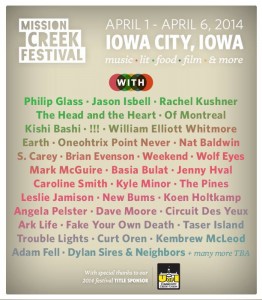 Have you heard the news about the incredible acts our friends at Mission Creek in Iowa City are bringing to our state for this year’s festival? The full lineup (with more to be announced) is above! Get all the details at missionfreak.com.

Des Moines’ family music festival, Every Family Rocks!, is back for another year. This year’s event will take place on February 22nd at The Science Center of Iowa. Learn more at http://www.everyfamilyrocks.org. 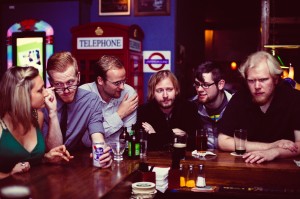 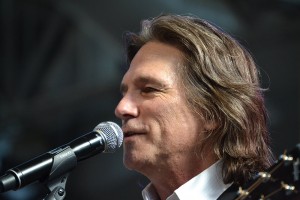 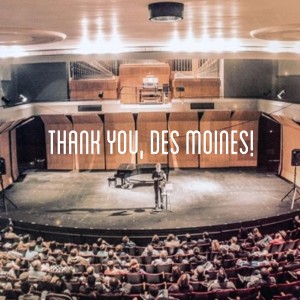 Last October, we hosted our first ever Music University conference, bringing together local, regional, and national musicians and industry professionals for a series of panels, presentations, workshops, and forums focused on helping people who aspire to live and work in Des Moines’ budding music industry. Our friends at DEFT put together a great highlight reel… Read more »