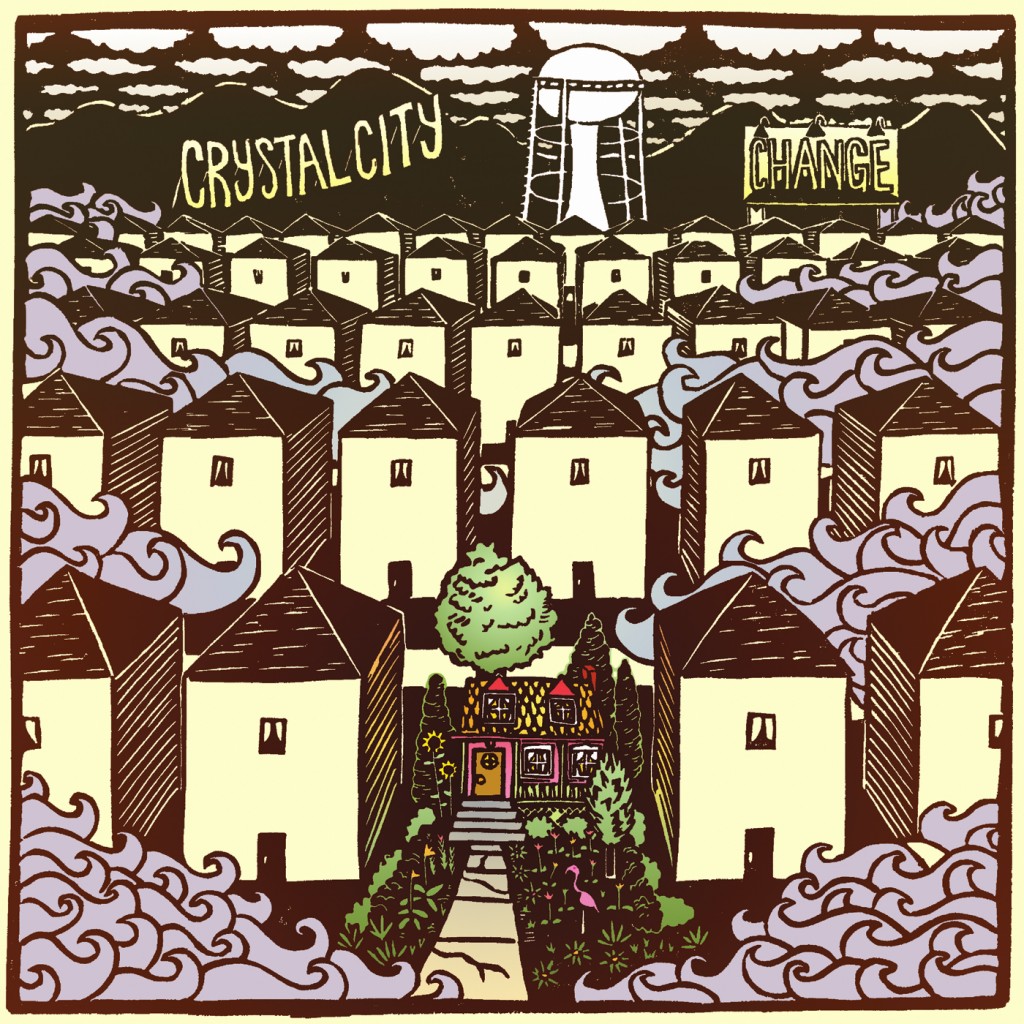 This review was written by volunteer contributor Patrick Tape Fleming. Want to write for this website? Contact us!

In the past few years several bands have put Marshalltown, Iowa on the map as a musical Mecca; Modern Life is War and Land of Blood and Sunshine have both made fantastic albums that have a real depth and beauty! You should now add Crystal City to that list!

The new album Change is a brainy, emotionally charged, and melodically rich group of songs.  The home production lends to the beauty of the down-tempo acoustic numbers, while it also adds an extra boost of energy to the more upbeat pop songs! Most of all, their vocals sound great together whether singing in harmony or trading off parts. It’s an album that reveals its charms through repeat listens, and makes a listener wonder how the band can master so many different musical styles via multiple vocalists while still maintaining a fiercely cohesive sound.

It’s tough to compare Crystal City to anything else going on in Iowa right now.  The male/female vocals have the swoon of a Gram Parsons/ Emmylou Harris collaboration, but the production reminds me of the early New Pornographers records.

Everything about this new record is fantastic from the album art to the track order! Change will easily find itself on numerous year-end best of Iowa album lists! Keep an eye on this band, they are one to watch!

The album will be released on Triple Edge Records on May 20, 2014

For more info on Crystal City: