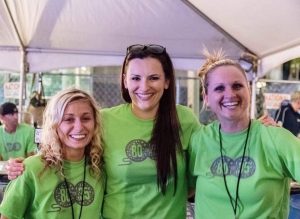 We have a huge number of volunteers that serve on our committees, coordinate events, go to shows, and much, much more! Check out our volunteer page if you’re interested in getting involved! Photograph by Paul Nye

Mickey Davis, Executive Director, mickey@desmoinesmc.com
Mickey is a musician and organizer who has over a decade of experience working for music nonprofits. He served as the founding Program Director at the Des Moines Social Club from 2012 to 2016 and most recently worked at The Music District in Fort Collins, Colorado before returning to Des Moines and assuming the role of Executive Director in 2021. 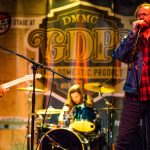 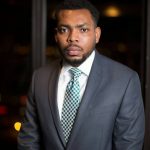 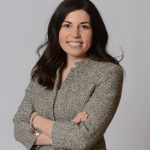 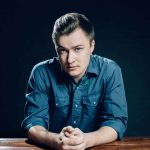 Adam Bartelt, Past President.
Adam Bartelt is a Des Moines-area native who has worked as a songwriter and musician for over 15 years. He has performed locally and regionally in acts including Adam Bruce, the New Bodies, and Stuck with Arthur. Adam also works as Marketing Director for Orchestrate Hospitality, where he represents a roster of acclaimed Des Moines restaurants, hotels and markets. A Central College (Pella, IA) graduate, Adam briefly studied in London, UK where he worked with a small graphic design firm. He is currently restoring a 1901 Colonial Revival home in Des Moines’ historic River Bend neighborhood. 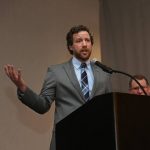 Justin Schoen, Community Engagement Committee.
Justin is a founding board member and past President of the DMMC. He helps coordinate sponsorship and outreach activities for the organization. Justin owns a marketing and growth consulting firm, Emerge LLC, and is a partner in Mars Cafe and Goquets. He also serves on a number of other non-profit Boards, including current Board Chair of Central Iowa Shelter & Services. He plays guitar, worked several years in concert promotions, and managed a touring act in college. 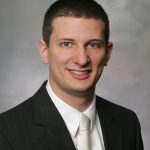 Matt Fett, Treasurer, Finance Committee.
Matt is a Senior Financial Analyst at BCC Advisers, where he is focused on business valuation. Matt graduated from Iowa State University with a B.S. in Finance and has earned the Chartered Financial Analyst designation from the CFA Institute. He joined the DMMC finance council in 2012 has been a member of the DMMC Board of Directors since 2017. Matt is also actively involved in Rotary and is on the Finance Council at his church. 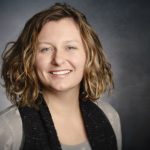 Nickelle Stevens, Community Engagement Committee.
A DMMC Board member since 2009, Nickelle Stevens handles PR/content marketing at ZLRIGNITION, a branding and marketing communications agency. An avid live music fan obsessed with Cold War Kids, Courtney Barnett, and anything late 60s/70s rock, Nickelle joined the 80/35 planning committee in 2008 managing volunteers for several years. As an “80/35 old-timer,” she now does anything Amedeo asks of her. Passionate about DMMC’s mission to grow Central Iowa’s music economy, Nickelle currently assists with DMMC strategic planning and general marketing/promotion. A graduate of Drake University, Nickelle keeps busy playing with and dancing to STS9 and Taylor Swift with her “wild me” (20 mos., 4 yrs., and almost 40 yrs.)

Mic Jurgens, Finance Committee.
Mic graduated from the University of Iowa with a B.B.A. in Accounting and went on to receive his Juris Doctor from Harvard Law School. Mic is Chief Counsel for Hy-Vee, Inc., where he handles a wide range of legal matters for the company. Mic also serves on the Board of Directors for Orchard Place. He has been a member of the DMMC Board of Directors since 2010.

Andrew Kane, Board Vice President, Finance Committee.
Andrew attended college at Iowa State University where he graduated with a B.S. in accounting. He is an actively licensed CPA and works at Meredith Corporation in financial reporting and budgeting where he is also involved in their United Way campaign. He is an avid music fan spanning from indie and alternative rock to hip hop and R&B, but often finds himself listening to the pop punk music he grew up on. He is a guitar player, managed a tour in college, and is always trying to find new music he can share with others.